The Temporis II is a special Dofus event during which Ankama opens new servers where players have to start from scratch. The first Temporis server was a very fun and interesting experience for me so here is my recommended list for what classes to play in the latest Temporis 2 event. By playing any of these classes you are going to have an easier time leveling up and completing various achievements but note that all of the classes ARE VIABLE, it's just that the ones we mention here will be a bit better.

Link to a guide updated for Temp 5

The Temporis II will be open from January 29 through April 02 and a majority of items will be dropping from enemies. If you're wondering how you are going to get Idols and Trophies that require pebbles to be crafted, you will have to exchange nuggets for the pebbles because the Kolossium will be disabled. For more information about the Temporis 2 event go check out the official post on the Dofus website.

The Cra is for sure the best class for quickly reaching high levels with close to no gear! Due to a Cra's spell kit, you will be able to kite pretty much any monster in a 1v1 setting, which means that you can farm the Sufokia Abyss monsters (lvl 200) when you're 50+. Everything that you need on a Cra to be effective for this kind of play is 4+ MP, 7+ AP and max level Retreat Arrow. The basic combo for this is Retreat Arrow + Burning Arrow and just run away, peeling the monster slowly but surely, will reward you with a lot of exp. In the last Temporis event, most of the first level 200 players were all Cra's simply because of this.
Even if you don't prefer to play like that a Cra is still a great option for any group play because of it's sheer AoE damage capabilities.

Osamodas can solo pretty much anything in the game. Level 200 Osamodas can easily clear level 200 dungeons alone-- it requires a lot of skill though. The basic idea is to go Agility and build around your Tofus. Tofus are extremely powerful and having a lot of them on the field is just awesome. An Osamodas works great in teams as well, though if you're looking to reach highest levels as fast as possible-- Osa is not that good, simply because summons make the fights A LOT longer than they should be. The great thing about an Osa is that all you need is to combine the Toady and Coco Blop Sets, you can wear these at level 50 and they can easily carry you to 130+, which lets you focus on playing rather than getting gear all the time. 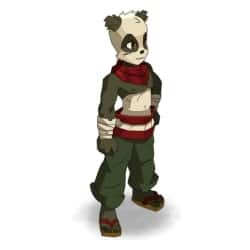 Pandawas are good (but a tier lower than Osa and Cra I'd say) simply because they offer excellent mobility and positioning for them and their allies. What's great is the fact that in the Temporis 2 event, items will be dropping from monsters (instead of you crafting them) which means Chance characters will have more value here. Chance Pandawas are awesome and they do A LOT of damage with melancholy.. all you need is 8 AP to be effective enough, which makes gearing pretty easy!
If you pick a Pandawa, you'll have an easy time finding groups for Snailmet hunts (in the Tree Koholo Trunk on Otomai Island). That place is awesome for leveling, the zone is I believe level 110 but you can do those monsters with a team of 8 level 60+ characters, all you need is to be organized and cooperate well to position the enemies on the glyphs. Pandawas can easily throw up to two enemies onto glyphs per round, making them a prime choice for leveling here. You can basically go from level 60 to 150 in less than 10 hours (if your team has the proper idols) because a fight that lasts ~20 minutes will give you 10+ levels. If you're wondering how to level up as fast as possible, make sure to read our leveling guide!

Enutrofs love getting rich, and what's a better way than a server which lets you drop gear from monsters!?
With Enutrofs mostly being played Chance, you'll have a higher prospecting count than other players-- which will result in more loot. Gearing an Enutrof is easy because AP is not that important (Coin is 2 AP, and it's all you need when you're rushing levels) and there are usually lots of cheap Chance items on the market. An Enutrof can be built for loot, supporting or even damage so you'll be valuable for a lot of groups!
If you build your Enutrof for MP reduction you are going to be welcome in most group hunts but for solo play it's not advised, so the choice is yours...In case you have friends and/or a guild to play with, go MP reduction and you won't regret it. 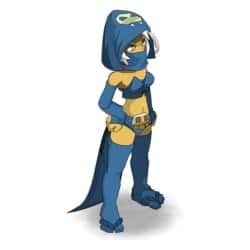 Srams perform well in 1v1 scenarios and also in soloing dungeons. Agility Srams are often built for end-game level 200 dungeon farming because it's really easy to do so in the hands of an experienced Sram. If you know what you're doing, you'll be able to make some mad kamas on the Temporis 2 server by soloing level 200 content (dropping valuable end-game gear which everyone will need) and boosting people through dungeons for achievements.
A good Sram will be able to kite most monsters in the game, but beware that Srams are kind of hard to level early on, if you're Agi you will be useless until you get Coin or if you're Strength you will not do much damage until you get Lethal Attack.

Eliotropes are extremely hard to play and master properly so I would not advise you to play one if you're a beginner or just starting out after a long break. Though, if you do pick one and manage to learn all the moves and portal positioning-- you'll be able to outmaneuver most enemies.
Please note that even though Eliotropes are extremely powerful, they also are not a preferred choice for groups that do end-game content during Temporis rushing, so if you're into level rushing you should pick either a Cra or Enutrof. 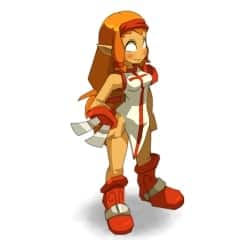 If you feel like playing a braindead class, Iop is the choice for you!
By picking Iop you'll be able to dish out serious amounts of damage but you'll also take a lot-- and Health Potions/Bread will not be available during the early stages of Temporis 2 so take that into account. Iops have great mobility and skills for pushing enemies around so you should be able to find a Snailmet group easily but they will struggle in end-game monster hunts with idols. 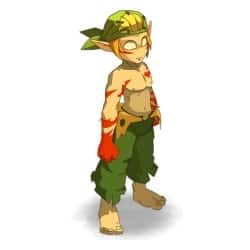 Sacriers are a very solid choice. When I was playing on Temporis 1 there was a Sacrier that was soloing Dark Treechnid Mobs at level 60! Even with 6 AP, a Sacrier will demolish mobs  and he has a lot of positioning spells so you'll find a Snailmet group in no time.
I might be running a Sacrier this time, though I still have to decide what element to go. I think Chance or Intelligence will be a solid choice.

You'll want to choose your class and build depending on what content you're trying to do. If you want to be among the top levels on day 1, definitely go Cra or Enutrof because you wont be able to get a group otherwise. Good luck!