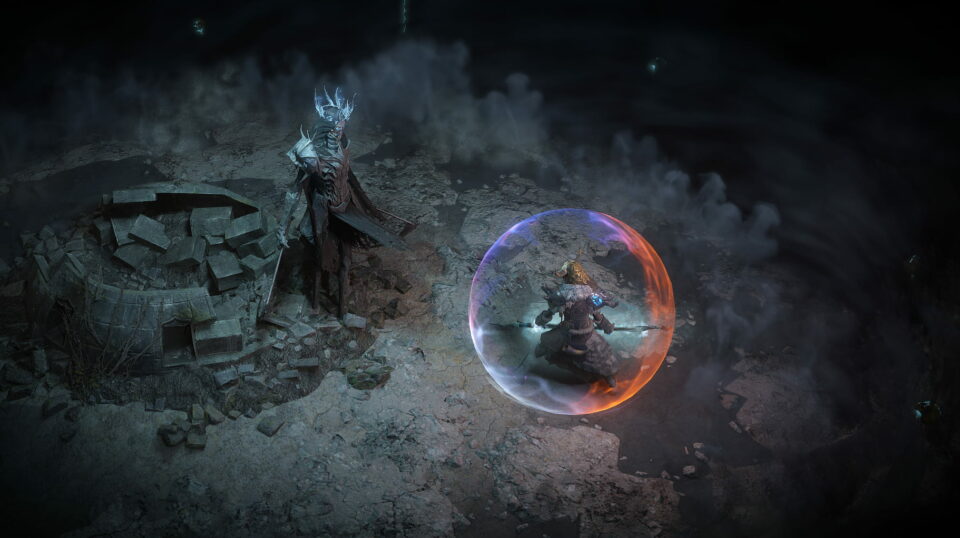 The Path of Exile Expedition 3.15 league will launch later this week as the Ultimatum one is coming to an end, and Expedition brings a lot of new unique items, spells and bosses, along with changes and nerfs to most support gems currently available in the game. GGG is trying to combat power creep for the first time since PoE launched. This means that the game will become a lot harder than it used to be. Because of this, everyone who wants to have an easier time should look into proper PoE Expedition builds and plan out their skill tree prior to the 3.15 league launch. The Expedition league adds 19 new skill gems, a whole flask system rework, new bosses, defensive "Ward" stat and of course the Expedition content itself. In PoE Expedition you're going to join expeditions, excavate lost relics by using chains of explosives, then barter, deal and gamble these relics by interacting with Expedition-specific NPCs. In this article we'll be going over the best Path of Exile Expedition builds that are good for starting out in the new 3.15 league, and doing all content as a beginner. In case you're looking for more information about this league check out the Expedition announcement page on the Path of Exile website.

Armageddon Brand has been the go-to skill for a lot of racers such as RaizQT because of the minimal investment required to make this skill shine. The build offers an incredibly fast and safe playstyle as you cast a Brand onto an enemy and run around until the pack has been cleared (in most cases the monster pack dies from one-two hits). There are no must-have unique items and Armageddon Brand performs quite well even on a four link making it one of the most popular Expedition builds. A four linked item should be more than enough for the leveling phase. Here's the build guide on the PoE forum. For Hardcore Expedition league though, it would be a better idea to go with a Chieftain ascendancy instead for more survivability.

Toxic Rain has been a well performing skill for several leagues now, and for a reason. It has great clear speed, high single target damage and stays relatively safe due to Toxic Rain's innate ability to slow enemies down. This build is among the best PoE Expedition builds because you can do all map mods, allowing you to save up on those juicy Alchemy and Scouring orbs for red maps. Speaking of red maps, Toxic Rain Expedition builds do require quite a bit of investment to safely cruise through those, as the damage tends to fall off and the DoT doesn't kill enemies quickly enough to make the maps safe. Build guide on the PoE Forum.

The Assassin Ascendancy was nerfed during the last league and Bladefall & Blade blast builds still remained among the favorites for racing and Ziz's gauntlet event start. The idea of this build is to shoot Bladefall, which can then be exploded by using Blade blast. This combo gives the build a lot of insanely fast AoE clear while also being able to dish out a lot of single target damage. Though, the Blade Blast Assassin can feel clunky to play due to the two-button playstyle which might not be enjoyable for everyone. Also a thing to note is that this build is not as tanky as some of the other PoE Expedition builds we're mentioning in this article.

There have been a lot of nerfs to Path of Exile Expedition builds in the 3.15 balance change, and ED builds are surely one of them. Essence Drain builds are one of the safest Expedition builds in the game; they kill enemies through proximity shields, off-screen enemies and delete Legion mobs within a second of them spawning. On top of that, it is a DoT build which means the player can cast the spell combo and run around to dodge hits while the enemy is being damaged. A thing to note is that while it makes mapping a breeze, the leveling phase can be boring as the single-target damage may be lacking without proper gem links. To combat this, you'll want to follow a proper build guide.

Cycloners are the most popular beginner Expedition builds because they offer a very safe, but strong one-button playstyle. All you've got to do is hold down a button while spinning around and killing everything in your way. The Cyclone build cruises through the leveling phase and most content the game has to offer can be done on SSF (but weapon-crafting knowledge will be required). Even though the build has high survivability, it cannot facetank some of the end-game bosses without proper investment in gear. You really can't go wrong with a cyclone build if you're looking to play melee-based Expedition builds. For more info check out the build guide on the PoE Forum.

Warcry skills have become the meta for melee Expedition builds and they synergize really well with Earthshatter in particular which makes this build very popular. The Earthshatter Impale Champion doesn't require any specific uniques or gear which makes it one of the strongest Expedition builds. Permanent fortify allows the player to facetank most monsters in the game, making it incredibly safe for new players. On top of that, the build doesn't require any cluster jewels to perform well and it can clear most content the game has to offer on a relatively low budget (the only requirement is a good weapon). Explore the build guide on the PoE Forum.

Herald of Agony Expedition builds are currently one of the tankiest budget Expedition builds in the game. The HoAG Juggernauts can facetank most bosses the game has to offer (if you're running good gear). This is a great build for those wanting to try out Hardcore Expedition as the chances of dying to anything below red maps are quite low. Overall, the HoAG Juggernaut is an incredible boss killer which comes at a price of mediocre map clear speed.

Lancing Steel Raiders offer a fast and active melee playstyle that most players are going to enjoy. The build is really easy to level with and doesn't require any specific items other than a strong weapon. Main downsides of this build are that it requires a lot of currency to min-max for the absolute end-game and can't run physical reflect maps. Along with that, the fast, Raider edition of this build isn't really hardcore viable but you can pick a Duelist instead which is a lot more hardcore viable. You can find all of this information in the guide.
Note - the balance manifesto has just been released and while Raider received a few nerfs, this is still more than viable, just less overpowered than it used to be.

Melee totem builds are receiving a lot of love with the Expedition expansion. The new gem, Earthbreaker allows players to equip skills such as Tectonic Slam onto their totems which makes them very fun to play with. This makes it the perfect time to try out an Ancestral Warchief Totem build because you can then later spec into an Earthbreaker build to experiment with the new gems that Expedition has to offer. While the Ancestral Warchief build is a totem build, it's generally a lot more fun than spell totems because it offers a much active playstyle. The build is easy to gear, excellent for boss killing and has decent map clearing speed which places it within the top tier of PoE Expedition builds. You can find more information about the build in the guide.

In case you're a seasoned player looking to change things up a bit and try new things, or simply a beginner looking for a fun build, the Elemental Hit Ballista Totems might be for you. The build is very fun to play, achieves high dps and has relatively high survivability due to monsters focusing Totems instead of you. It can do most content the game has to offer, on a relatively low budget. The only requirements for red maps are uniques such as: Frostferno, Quill Rain, 2x Combat Focus and the Rain of Splinter jewel. Learn more about this build here.

Generic summoner builds are usually very popular league starter builds, especially for new players because they don't require any specific gear, uniques or jewels. They're incredibly easy to equip as well because all you'll need on gear is resistance, life and +levels to minions. This particular build uses both Zombies, Spectres and Skeletons to zoom through content with high clear speed and kill bosses with ease due to its high single target damage output. To learn more about it check the build guide.

Raging Spirits have been very strong in the last league because they melt through maps and bosses with ease, while providing a very active summoner playstyle. This build focuses on exploding Raging Spirits by utilizing the Minion Instability keystone on the passive tree and pairing it with the Tavukai Coral Amulet to deal insane amounts of damage. Don't worry though, this build performs perfectly fine as a league starter and the Tavukai Coral Amulet is just icing on the cake for high level content because you can just avoid the Minion Instability node until you've acquired the amulet. The build guide can be found here.

The whole build-making aspect of Path of Exile can still be daunting, even for experienced players. Making a build takes a lot of time and planning, as well as testing by trial and error. During new league launches such as the Expedition, most players don't want to spend time planning out a build and this is where the Path of Exile forum comes in— an excellent source of pre-made PoE Expedition Builds for them to pick from. We have searched through the forum to find the best Path of Exile 3.15 builds that will be suitable for any beginner (and experienced player) to play with. These Path of Exile Expedition builds will allow you to pass all content the game has to offer, farm currency with ease and most importantly a majority of them are HC & SSF viable.