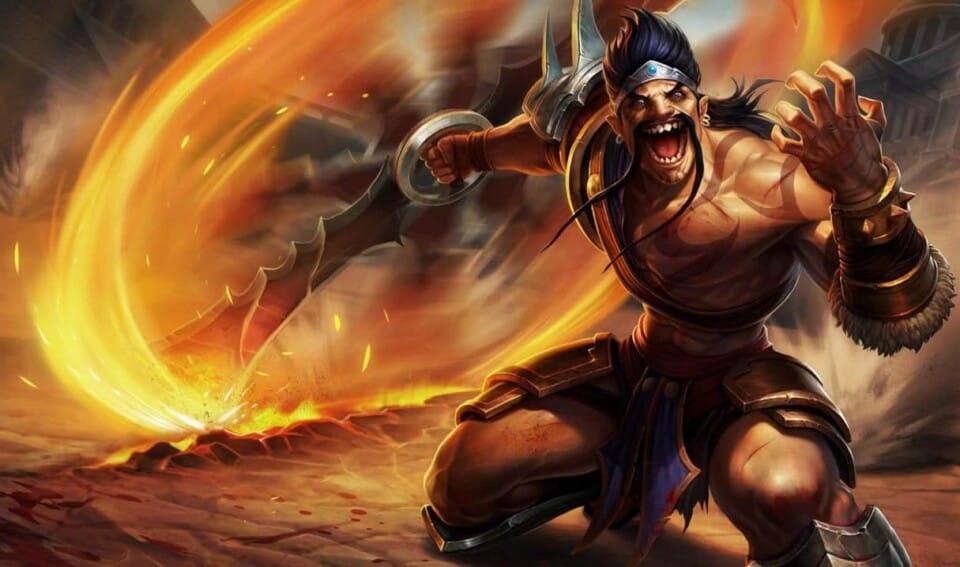 9.17 Imperial builds only require four champions if you intend to get the full synergy bonus from them. As a standalone 9.17 build, they're not quite strong but once combined with other Origins and Classes they actually become quite a viable and fun takes on the current meta. 9.17 Imperial builds are a bit hard to pull off because you absolutely need Swain (who is a Tier 5 unit) so they're not suitable for beginners since you will need to transition and change your team composition a lot. In this Teamfight Tactics 9.17 Imperial Build guide we'll be teaching you the best and strongest Imperial team composition, when to transition and how to itemize your characters.

The 9.17 Imperial Team Comp in this article is viable for both Ranked and Casual TFT games!

(2) One random allied Imperial on your board deals Double Damage

(4) ALL allied Imperials on your board deal Double Damage

Imperials are pretty much non-existent early on simply because you get Darius and then your next Imperial is Katarina at Tier 3 units. With that considered, your best bet is to run something else and then transition to Imperials once you get Draven or Katarina. As in most of our TFT 9.17 Builds, we recommend you run Nobles for the first four to five levels until you're ready to transition the build into Imperials. Nobles are a strong choice simply because the (3) Noble buff makes one of the units on your board really tanky, minimizing the loss of HP in most cases (or even allowing you to win). At level 5 the basic team is: Darius, Garen, Lucian, Fiora and Tristana (in that order of importance). Darius and Garen synergize with the Knight class, gaining 20 damage blocked from every basic attack. Lucian and Fiora grant you the Noble buff and lastly, Tristana is just used for the Gunslinger 2 buff. A thing to note is that all of these units are Tier 1 except Lucian who is Tier 2, meaning you'll have an abundance of them and will have them on rank 2 in no time.

Thornmail and Warmog's Armor on Darius. Morellonomicon on Garen for the % health burned per second which works great with his ultimate. Place any DPS items on Lucian, so he can 1v9 in case he gets the Noble buff on him.

Imperials become viable during the Mid game when you get access to Katarina and Draven, especially during Draft rounds. When you're at level 5 or above, with two Imperials on your board, it's time to transition from the Nobles. Often times you won't get the chance to ultimate with Katarina, so it's usually better to go Darius + Draven than Darius + Katarina for (2) Imperial.

The core of the mid game 9.17 Imperial build are: Darius, Draven, Aatrox, Gangplank and Fiora. Once you level up, you can place Pyke and Graves in for (3) Pirate and (2) Gunslinger.

Since you sold all the Nobles at this point, you'll want to place all DPS items on Draven (The Bloodthirster and Infinity Edge in particular, they make him lifesteal a ridiculous amount of health) and Morellonomicon + Spear of Shojin on Gangplank or Pyke.

Finally...you're at the late game mark! This is when (4) Imperial is obtainable and when the build starts to become ridiculously strong. The core of this build are: Darius, Katarina, Draven, Swain, Yasuo and Aatrox. If you can't get Yasuo, then run the four Imperials with two more Shapeshifters instead (preferably Nidalee, Shyvana and Gnar). Lastly, you can add Poppy at level 9 to gain (3) Yordle and (2) Knight buff. This team is incredible because you'll have tones of damage whilst remaining very tanky due to Gnar having a lot of health once he shapeshifts. Additionally the Yordles gain chance to evade and this lineup has a lot of front line.

Bloodthirster, Guinsoo's Rageblade and Infinity Edge on Draven because he's going to be your hyper-carry in this lineup. Rapid Firecannon, Stattik Shiv and Guinsoo's Rageblade are also very strong on Nidalee. Use the same tank items on Darius as before, if you have duplicates then put them onto Gnar. Morellonomicon and Spear of Shojin are best in slot for Aatrox. Lastly, place any spell damage items onto Swain unless you also have Team Size 10 for running Aurelion Sol.

As mentioned previously, in case you manage to survive until you unlock Team Size 10 then place Aurelion Sol in for additional burst magic damage (and (2) Dragon synergy) that will delete your enemies. Gearing him would be wise as he deals a lot of aoe damage and don't forget to position him in the corner so he doesn't die before he uses his ultimate.

We hope you've found this Teamfight Tactics (TFT) 9.17 Imperial Build guide useful, if you have, don't forget to share it with your friends!