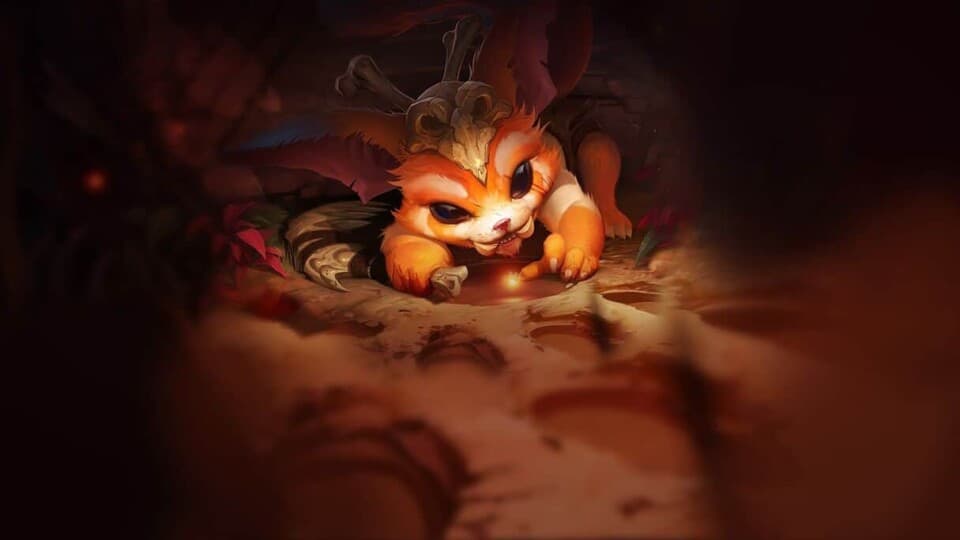 9.17 Yordle builds are used among the top ranked players at the moment and for a good reason. When you obtain 6 Yordles they gain 50% chance to dodge hits (basic attacks become a miss). This synergy alone heavily counters many of the popular 9.17 TFT builds and will allow you to delete opponents even if your units are underleveled. The only thing Yordles are weak against are Sorcerers but with proper positioning those don't pose a threat either. If you're a new player or just looking to rank up quickly, choosing the Yordles in the current meta won't be a thing you regret! In our Teamfight Tactics 9.17 Yordle Build guide we're showcasing the best 9.17 Yordle team composition that will work in a high percentage of your games.

The 9.17 Yordle Team Comp in this article is viable for both Ranked and Casual TFT games!

Attacks against allied Yordles have a % chance to miss.

At 3 Yordles, the chance to miss is 20% and at 6 Yordles it is 55%. By dodging enemy basic attacks you also deny them mana gain and any on-hit effects, as well as the Noble buff (if they have any) which is just ridiculously overpowered right now.

Yordles tend to struggle in the early game simply because the dodge percentage is not high enough, as well as the fact that they aren't able to dish out as much damage as some other champions and builds can. Once you start out, grab both Tristana and Lulu if you can but place only Tristana on the board. For a level four build (if you don't have 3 Yordles yet) use: Tristana, Lucian, Garen and Vayne. This is going to provide you with Gunslinger 2 and Noble 3 which is a pretty powerful setup at level four.

Ideally, at level five you'll want to transition into AT LEAST 3 Yordles: Kennen, Lulu and Veigar. Additionally, add Ahri and then either Poppy if you have her or any other tank-- Garen, Warwick, Darius, Mordekaiser and fill with Poppy once you acquire her.

In case you get Kennen, 2 any other Yordles, Brand and Lissandra, then use that setup because Elementalist 3 is going to provide you with the huge Golem which can 1v9 early on and you'll actually need 3 Elementalist later anyway.

Kennen becomes an incredible hyper-carry once you place Guinsoo's Rageblade, Infinity Edge and Spear of Shojin on Kennen. Any of these items will work really well on him (though eventually you'll want all of these on Kennen). Any tank items that you might have should go on your current tank. Lastly, place any Spell damage and caster items onto Ahri--Rabadon's Deathcap, Morellonomicon, Luden's Echo (you'll sell her later and get the items back).

With enough luck, you should have all the six Yordles by the time you hit level 6 or 7. If you do, the basic six unit build is: Tristana, Lulu, Poppy, Veigar, Kennen and Gnar. With a team comp like this you won't have any problems winning rounds versus more powerful opponents. At this point, keep working on your economy and upgrading units & levels. Also, keep buying any Brand and Lissandra you stumble upon (upgrade them to at least level 2 on your bench). At level 7 place Brand in since he's gonna carry the Yordle team like a champ (yes, even at level 1 he annihilates everything).

Place any Spell & Caster items from Ahri onto Brand (don't place them on Veigar!!!!) if you have him on your board, otherwise save the items for until you do. All the other items remain the same and don't forget to place tank items onto Poppy so she can take more hits and let your back line do the work.

Always make sure to position Poppy in front of Gnar so he doesn't instantly die.

You haven't seen anything if you thought the 9.17 Yordle build was overpowered during mid-game. It gets even more ridiculous during the late-game around the 25 round mark. The basic idea now is to improve the core of the team with upgrades, as well as adding Brand & Anivia (or Lissandra, doesn't matter) for 3 Elementalists. Lastly, add Aurelion Sol for even more magic damage burst and Sorcerer 3 synergy. With all the Yordles on the front line, as well as the Golem from Elementalists, your enemies will have no chances of penetrating the back line (unless you're versus Assassins, but 6 Yordles can take on 8+ Assassins any day anyway). Brand, Anivia and Aurelion Sol will be hard carries on the back line and their only job is to cast their ultimate at least once-- doing so will delete the whole enemy team.

Itemization remains the same, only thing to note is that if your Brand is full on AP items then place any new ones onto Aurelion Sol for even more AoE damage, Luden's Echo and Morellonomicon work exceptionally well on him.

The Yordle 9.17 build is pretty much complete with the 9 units we listed above, but sometimes you might get the Force of Nature item which gives +1 to team size. In that case, you can add Shyvana as the 10th champion for Dragon 2 buff. For rare occasions when you get 2 Force of Natures (11 Team Size) add Swain or Nidalee on top of that (preferably Swain since he also gives you Demon 2).

We hope you've found our Teamfight Tactics (TFT) 9.17 Yordle Build guide useful and found your preferred Yordle team comp, if you have any question about Yordle setups, feel free to leave us a comment below!