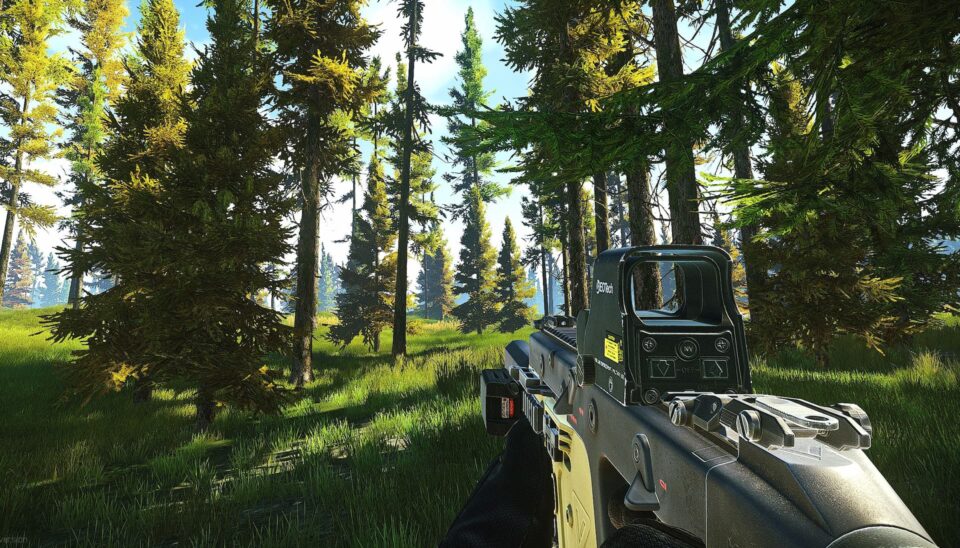 The Vector is an incredible short to mid range gun that was released in early 2021. There's two versions of the Vector SMG: 9x19 and the .45 ACP, both can perform in various loadouts. Though, the 9x19 is a bit cheaper and easier to play with if you have access to the higher capacity mags. The Vector 9x19 was ridiculously overpowered when it was released because it could've been bought from T2 Skier for really cheap. As the gun itself doesn't really require any special mods to be good for budget loadouts (the base Vector has very low recoil), it was used by almost everyone. This lead to a slight nerf, which made it only being sold by T3 Skier at the moment, along with the Flea Market of course. Nevertheless, if you want a top tier gun that will let you win most short to mid range shootouts then the Vector is one of the best choices. In this Escape from Tarkov Vector Builds guide we'll be showcasing the most popular cheap, mid-priced and expensive Vector builds, including the most popular ammo for both guns.

The 9x19 Vector is currently much better in comparison to the .45 ACP counterpart because the total cost of the gun, mags and ammo is much lower. The best part of this variant is that you can use the 50 round mags which provide a lot more consistency in taking down targets. Along with that, the 9x19 Vector and its ammo are much more widely available during early wipes.

The 9x19 Vector has really good base stats and the gun itself is very good on its own. That's why it costs 80-100k roubles, even from Skier. The only must-have weapon part on a base Vector is going to be a sight, some of the good options are: Eotech Holo, Pilad and FastFire reflex sights. Use the generic 30 round mags with 9x19 PST GZh ammo.
Approximate cost - 110k roubles

With the mid-priced Vector 9x19 build we're trying to improve as many stats as possible while keeping the budget limited so that you don't overspend on a weapon. At least one 50 round mag is a must-have as it will greatly increase your chances of killing more than one PMC at once if you're in a tight situation.
Ammo - AP 6.3 or PST GZh
Approximate cost - 170k roubles

The high budget Vector 9x19 build currently offers the best possible stats for the amount of money invested. It is possible to completely assemble this weapon from trader parts for about 220k roubles, or you can buy the parts from the Flea Market for 260k. The only viable upgrade would be to get the SI advanced buffer tube and Magpul PRS Gen 3 stock, but the SI tube itself costs 300k at the moment— and the mechanic is always sold out. By going with the SI advanced buffer alternative you'd only gain 1 less recoil, which is really not worth it for a total build which would cost around half a million.
Ammo - 7N31 or AP 6.3
Approximate cost - 220-260k roubles

The Vector .45 ACP is a more expensive version of the 9x19 and not necessarily a lot better. The gun is mostly only being sold by the trader, it can't have a 50 round magazine and the ammo is VERY scarce especially if you don't have access to high level traders.

The .45 ACP version of the Vector has very similar stats so the same build applies to this one as well. The main, quality of life addition to the base .45 Vector is a decent reflex sight. Eotech Holo, Pilad and FastFire reflex sights are the good ones. Use the generic 30 round mags with .45 ACP AP ammo or .45 RIP (there's no good budget ammo for this gun).
Approximate cost - 130k roubles

The mid-priced .45 ACP Vector build is surprisingly good as it retains high ergonomics while lowering the vertical recoil to 33. I personally would not use a .45 Vector, but if you plan to do so, then bring a couple Magex 30 round magazines.
Ammo - .45 ACP AP or .45 Rip
Average cost - 170k roubles

With the expensive .45 ACP Vector build we're trying to get the recoil as low as possible while having a high amount of ergonomics. The current setup manages to achieve 50 ergonomics, 30 vertical recoil and 211 horizontal recoil. This gun is very good in the hands of experienced player as the main downfall is the small magazine size which doesn't pair well with the fast fire rate of this variant.
Ammo - .45 ACP AP or .45 Rip
Average cost - 220k roubles