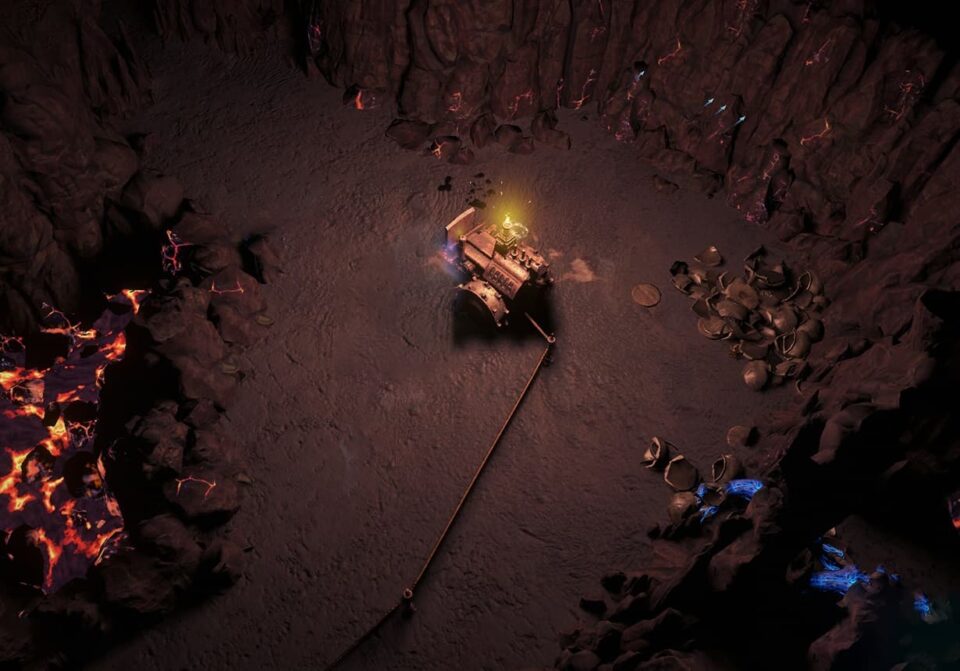 The 2021 Endless Delve event starts on December 3rd and it will last for a total of ten days. The goal during the Endless Delve is to play through the infinite delving experience to level up a fresh character and make great endless delve builds around it. You begin the delving from the Mine Encampment and cannot leave the Mine at any time. All you can do is clear Delve nodes and you won't need any sulphite as all the sulphite costs have been removed. Each class is going to start with different unique items that are going to allow you to have a smoother early delving experience. Picking a proper endless delve build is going to be crucial if you intend to compete or simply have an easier time through the delves. In this guide we'll be going over the best PoE endless delve builds for starting out in the endless delve event.

Spectral Helix is going to be the easiest and strongest endless delve starter you can pick. The skill itself offers a very safe playstyle that also deals a ton of damage, and by pairing it with the Raider ascendancy you're going to get a lot of movespeed and attack speed as well as Frenzy Charges and Onslaught or Ailment avoidance. Most Spectral Helix builds usually have around 6000 life as well as decent defensiveness through other sources of damage mitigation which makes it perfect for delving. You're also able to pre-cast the helix while monsters are going through phases or spawning, allowing you to dish out as much damage as you can. By going crit and getting herald of ice you'll be able to deal with those pesky corpses which tend to one-shot during deep delves. Overall, one of the most powerful delving builds for the endless delve event.

Toxic Rain offers a relatively safe playstyle due to its large area of effect and the huge slow it can stack onto an enemy. Even though it was nerfed this league, it's still one of the top contenders for endless delve, especially for the delve bosses. Toxic Rain works quite well even on a four link and it doesn't really require any specific gear to get going so it's perfect for the SSF delve experience. The main problem is going to be min-maxing the damage of the build as it tends to fall off if you stay on a four link in the late game so keep in mind that you'll wanna be looking for a five/six link eventually. Another slight downside is that the build is focused around damage over time, meaning that the monsters aren't going to instantly die— this may become a problem in deep delves when the monsters deal tremendous amounts of damage.

The ED/Contagion build is a chaos DoT delver that is incredibly easy to play and works even on a three link so gearing it is not a problem early on. The main playstyle of this build is to cast Contagion and Essence Drain on a monster and as it dies it'll spread the DoT to nearby enemies as well, this starts a chain spread which is perfect for delving as there's high densities of monsters that are next to each other. It's the perfect build for new players who are looking to try out the endless delve event as it offers decent survivability and insane clear speed. The only thing it lacks is the single target damage— this can be fixed by getting higher level gems and more links on gear.

Cycloners are an excellent choice for anyone who wants a melee playstyle that's straightforward and doesn't need any crazy gear links, the main thing that will boost Cyclone's damage is a good weapon. Champions are very tanky due Fortify and a lot of other nodes, which synergizes really well with Cyclone. Getting life gain on hit will go a long way during delves as you'll be able to cyclone through packs of monsters and not die even when you're in the dark for a while. One thing to note is that a Cyclone Champion may not be as fast as a Raider ascendancy so if you're planning to race the ladder then this may not be the best build for it.

Poisonous Concoction is a new skill that was added with the Scourge patch and it's incredible. While it does share the same downsides most damage over time builds do, it offers a very safe and fast playstyle that can offscreen mobs and do great single target damage— perfect for delving and delve bosses! Poisonous Concoction can work with several different ascendancies so which one you pick will solely depend on what you're looking for in a build but the most common pick is Pathfinder due to the flask nodes it has. The build does wonders even on just a four link and is overall just a very good build for the endless delve.

Volatile Dead & Detonate Dead Spellslingers are incredibly fun and they are great for delving because of their innate ability to destroy corpses— the main thing that kills people in deep delves. On top of that, Necromancers get a lot of block chance and other ways to mitigate damage which is incredible for delving. The build itself offers a lot of both single and area of effect damage but the only thing it lacks is in speed. It just can't be compared with any other Raider build in terms of speed and it requires a lot of gear links & sockets.