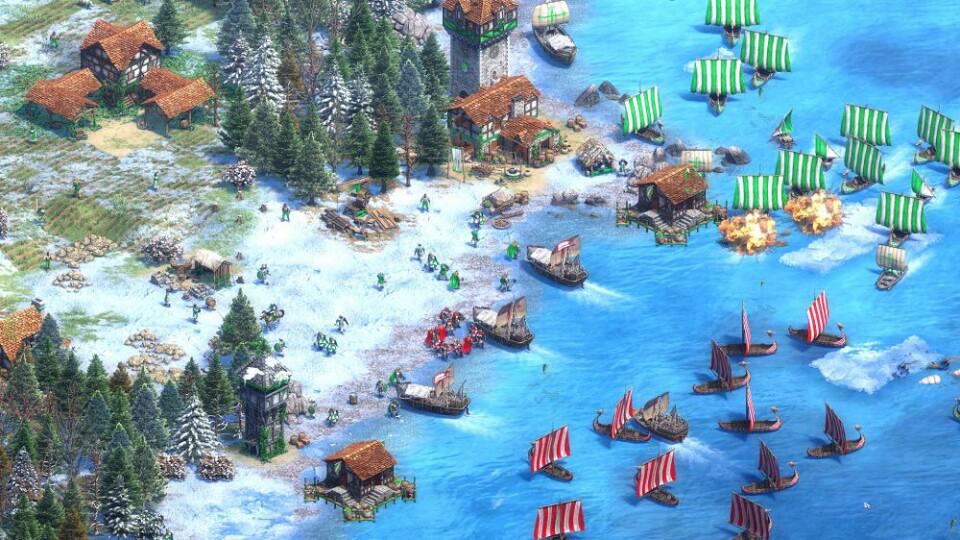 Learning the proper build orders and their execution is crucial if you want to win in most RTS games, and this applies to Age of Empires 2 Definitive Edition as well. Every civilization except the Huns starts in the same way-- build an early house to avoid population cap, farm sheep and go for lumber. Knowing of what to do in the first five to six minutes of each game will most definitely improve you as a player.

Unless you're villager rushing, the main priority for your civilization is going to be consistent villager production in the Town Center, collection of food and wood as well as proper scouting.

As the round starts, the first thing you need to do is queue up villagers in the Town Center and build two houses with the three villagers that you already have. This is flexible as you could send each villager to build a house and have one additional villager to scout for food if needed. Additionally, you should ALWAYS use your starting Scout Cavalry to look for early game sheep as this is an essential source of food for the early progression.

When you've got at least one sheep under your TC, make sure to send your villagers to harvest the meat and don't forget to make more villagers! At the point when you've got 6 meat harvesters, the 7th villager should be sent to build a lumber camp near a forest and the next three villagers that are produced should follow to cut down wood.

When 12 Villagers are reached, send one to lure a Boar to the TC and garrison the sheep harvesters so that the TC kills the Boar without your villager dying. This is going to grant you a lot of food and a significant boost in economy over an enemy that doesn't do this. For a lot of low-elo players it's quite hard to lure a Boar without getting a villager killed so just keep practicing until you can do it consistently.

At this point your Scout Cavalry should still be looking for the second Boar as you're going to need it soon. As you're scouting, remember to build an additional house and a Mill on berries as you hit the 14 population mark. Adding another villager on top of these two will result in three. These should then be sent to gather the berries as an additional source of food.

The next villager needs to be sent to lure in the second Boar, the same way that you did it before. This is where the universal starting build order ends, after which you need to plan what you're going to do next: Feudal, Castle Rush or something else?