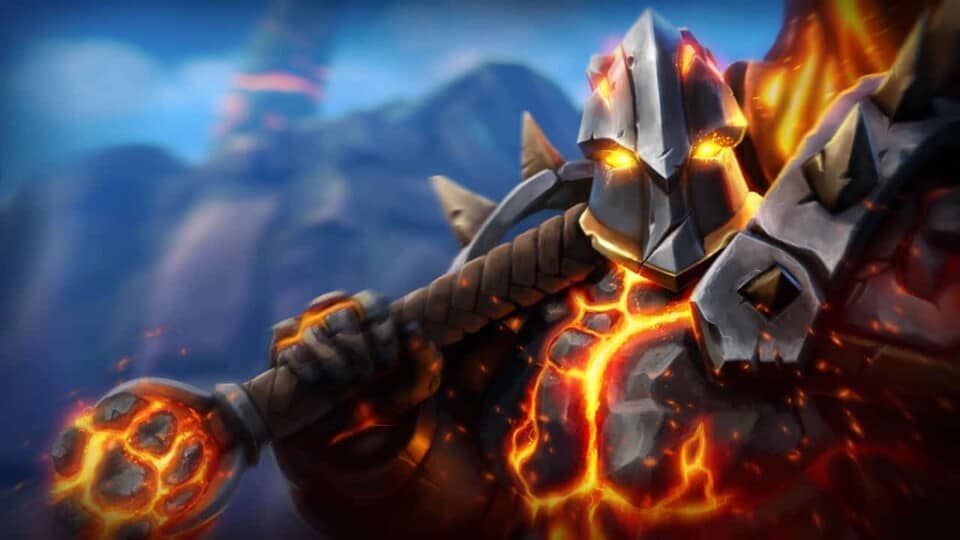 Minion Masters playerbase has been steadily growing the last few weeks due to the free dlc and a lot of giveaways & fresh content. With a lot of changes, buffs and nerfs done to previous Minion Masters Decks a lot of players have been wondering what are the strong meta cards and Minion Masters builds to play. Picking one of the top decks is important if you plan on winning Ranked games and ranking up. Whether you're a brand new player or someone who's been playing Minion Masters for a while, we've got you covered. In this article we're going to showcase the best Minion Masters decks and card loadouts for both 1v1 and 2v2 game modes for the Sand Wars 1.4 & Might of the Slither Lords Minion Masters Patch.

All of these Decks are fully free-to-play as they're easy and cheap to craft. Along with that, they're perfect for beginners as you'll already have most of the cards in your beginner deck when you first start out and finish the tutorial.

The Crossbow Guild Stormbringer deck is incredibly easy to play whilst being composed of a lot of common cards that all new players should have. A set of these cards costs only 800 Shards to craft, so it's not that hard to acquire. The basic idea of this build is to cycle through the low cost cards until you get Living Statue and Crossbow Guild in your hand. Once you do, place Crossbow Guild and the Living Statue at a bridge. Spawn additional units and in most cases you'll auto-win at this point in the game, or be in a huge advantage. Additionally, Fireball is great for cleaning up big packs of enemies if you find yourself in a Mana deficit. The Crossbow Guild Stormbringer Deck is composed of: 2x Crossbow Dudes, Elite Swarmer, Propeller Scrats, Armored Scrats, Fireball, Annihilator, Infiltration, Living Statue and Crossbow Guild.

A bit on the expensive side, the Succubus Stormbringer Deck costs 1100 Shards to craft but it's extremely powerful. Composed of a lot of the meta cards which can be found on the top of Minion Masters card tier lists, winning won't be a problem with this deck. In particular, Stun Lancers are pretty much overpowered for beginner decks because most players in the lower ranked divisions don't know how to counter them. Additionally, Cleaver is very strong as he can tank a lot of shots and still do major damage to the enemy. Overall a great build that has a lot of variety in it and you can of course modify it to your needs. The Stormbringer Succubus Deck is composed of: Scrat Pack, Dragon Whelp, Plasma Marines, Fire Imp, Fireball, Stun Lancers, Divine Warrior, Defenso Chopper, Succubus and Cleaver.

In case you are on the lookout for an incredibly cheap Minion Master Deck, this one is for you. This deck is very strong considering the craft cost being only at 650 Shards and average deck mana cost at 3.3...

With no Supreme or Legendary units required to complete this deck, you can have it up and running in no time. Playing it is no rocket science either, while being powerful enough to boost you all the way to Masters elo in no time. This deck is composed of: Illusory Cleaver, S.T.INT, Dragon Whelp, Warrior, Plasma Marines, Cannon Roller, Fireball, Drone Buzzers, Flightless Dragons and Scrat Tank.

High tier, and most often expensive Card Decks that require a bit of investment into the game.

Both defense and offense are very good in this Deck as it has a response to most enemy plays and strategies. For example, Re-Boomer is an excellent counter to Colossus, Cleaver and a bunch of clumped up units since he's low cost yet effective with his AoE blast. The basic idea of this deck is to counter enemies until you're in a Mana advantage. Then make huge pushes with Cleaver on front as the tank with Xiao Long in the backline to support him. Along with those, Blastmancer is also great against a lot of low cost units. Lastly, the Wizard Puffs are main air defense and offense units. This Mordar Deck costs 8900 Shards to craft and is composed of: Once Bitten, Elite Swarmer, Shock Rock, Re-Boomer, Xiao Long, Blastmancer, 3x Wizard Puffs and Cleaver.

The avg. Mana cost of this Mordar deck is 3.8

A somewhat cheap to craft Deck (with 5450 Shard cost) yet effective. The Settsu Control Deck is filled with a lot of low cost units-- the full deck average cost is only 2 Mana! As the word "control" says, the basic playstyle of this deck is to counter opponents until you're in a huge Mana advantage. At that point swarm them with a bunch of units and try to slowly but surely win the game by poking each side of the bridge. The Control Settsu Deck is composed of: 2x Illusory Cleaver, Nether Bat, Screaming Scrat, Black Hole, Bridge Buddies, Combustion, Shock Rock, Scrat Horde and Defenso Chopper.

A high defense Diona Deck, this Card build excels in controlling the Bridge and playing versus Nyrvir. This deck requires high investment as it features 4 Legendary and 1 Supreme unit in the setup. To craft it you'll need 9050 Shards but it's totally worth it as it counters most of the current meta Decks. The only downside is that most fights take a lot longer since the only aggressive push card is Stormy. To complete this deck you'll need: Illusory Cleaver, Bridge Buddies, Healing Shrine, Xiao Long, Banner Man, Ghost, Bridge Shrine, Magma Storm, Stormy and Bahra the Witchwolf.

This Diona deck has an average Mana cost of 3.7

We hope you've found this list of the Best Minion Masters Decks useful, if you have, remember to share it with your friends and stay tuned for more MM Guides!