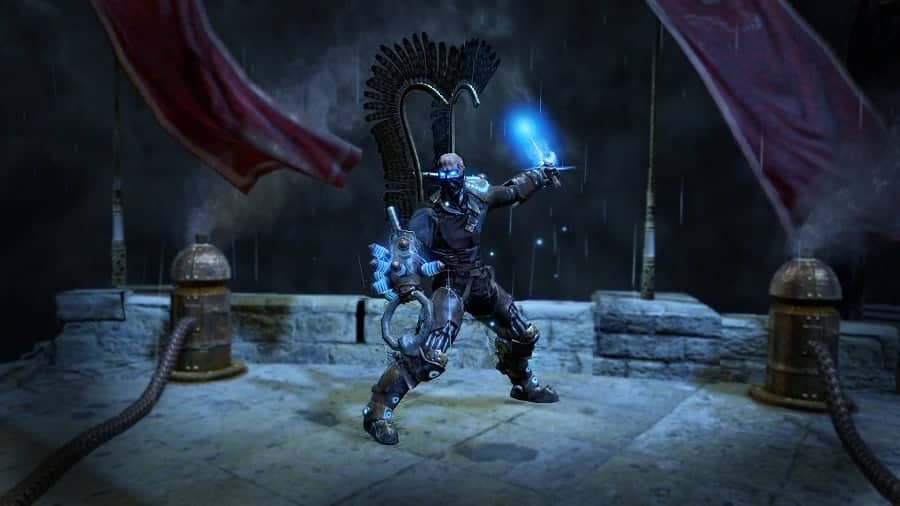 The Path of Exile Synthesis League (Patch 3.6) gave us the Divine Ire lightning skill to play and experiment with. This build features the Divine Ire Trickster MoM Build which we will use to shred through maps and other content. Divine Ire is a Lightning AoE Channeling Spell that can be purchased at ACT 3. Channeling Divine Ire draws in energy around you to repeatedly build up Divine Ire stages (something similar to Incinerate), damaging a number of nearby enemies when you do so. Though, releasing Divine Ire will cause it to unleash a powerful burst of energy in a beam in front of you as well.

Other Path of Exile Guides

The Divine Ire Trickster Build is focused around doing high lightning damage in an AoE which means that you should distance yourself from the enemies whenever possible though, in most cases you'll end up within melee range real quick. The high AoE of Divine Ire allows you to have really fast clear speed and it's single target damage is quite good as well. This build works great as a league starter, therefore even a 4l will carry you to maps if you know what you're doing. End-game wise though, gear might be expensive in order to scale the build to be viable for stuff like Uber Elder and such.
For white monsters, all you have to do is charge Divine Ire for like half a second and then release. This kills most white monsters in one shot. For rares, you will want to charge for a second or two, depending on how much cast speed you've managed to acquire within your build.

This is the Path of Building link.
Import the above link into Path of Building.
Once you've imported the PoB link, you'll see that it has a Passive Tree and Item templates already set.

Body - linked based on importance (1. gem being the best)

If you have Diadem swap the Weapon gems and Shield ones.

Rings and amulet are a great source of elemental resistances so we're going to use them to cap resistances.
Rare ring mods:

Unique ring: can also try Call of The Brotherhood for Lightning to Cold conversion, this could be an extra layer of protection as you'd be freezing/chilling enemies.

Try to acquire jewels with some of these mods: