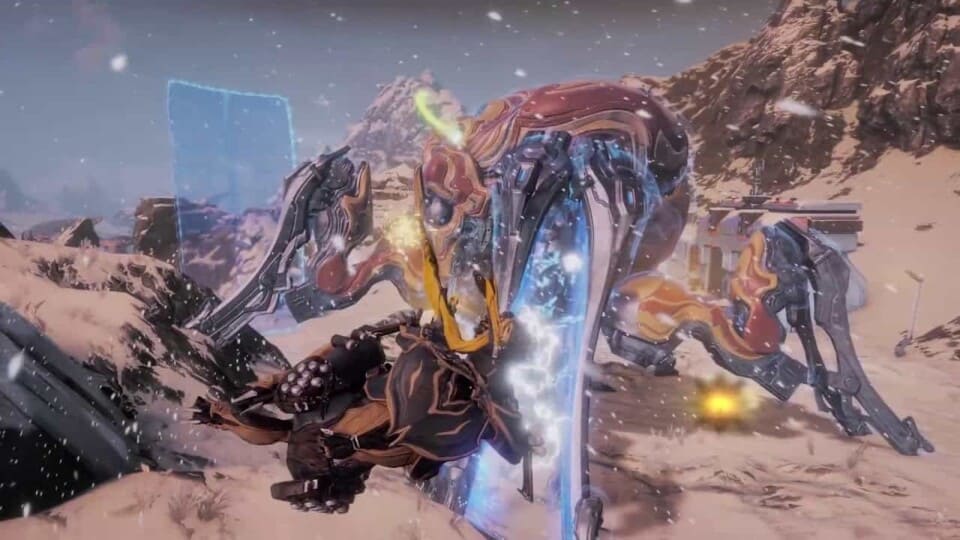 If you're struggling with the latest Warframe Profit-Taker boss this guide should be enough to give you some tips and tricks on how to have an easier time bringing Profit-Taker down. In case you don't already know, in order to battle the Profit-Taker you need to be in the fourth stage of the heist and this segment is repeatable once unlocked.

Once Vallus the Profit-Maker becomes marked on your map head over to it, the green light is going to be above the bosses' head and it shows to which damage type it is currently vulnerable. The damage type marked is the only damage type that can damage the blue shield of the Profit-Taker. The Profit-Taker's weakness damage type can be changed every four seconds by using Void Blaster and Amps.
There are 3 phases to the Profit-Taker fight.

Hopefully you have found this Warframe Profit-Taker kill guide useful and you will be able to defeat the boss. We'll be updating this guide with additional information as it's discovered.