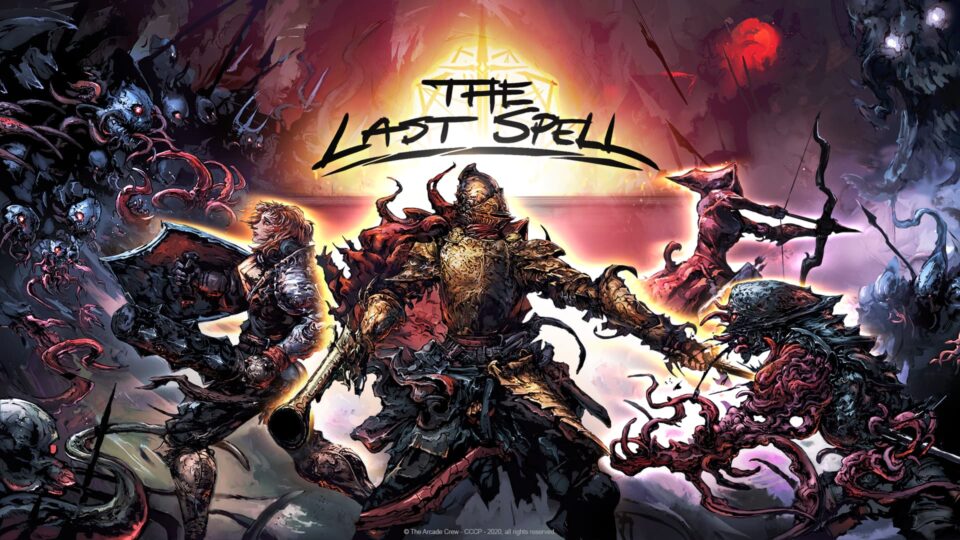 The Last Spell is a hardcore tactical RPG with roguelite elements. After playing it extensively, the game feels like a very unique combination (in a good way) of Darkest Dungeon, They are Billions, Battle Brothers and Dofus. The game strives toward being as hard as possible and it seems to be achieving that perfectly as most of the games' negative ratings are because new players aren't able to survive the first few nights. This Last Spell Beginner's Guide will teach you everything you'll need to know in order to survive your first runs and get better at the game.

What's this game about?

The Last Spell takes place at the brink of humanity's collapse. At the start you will be given three randomly generated heroes that are used to strategically exterminate monsters during the night— with the goal of protecting the Magic Circle located in the middle of the town. During the day, you'll find yourself in charge of rebuilding and controlling the town workers, as well as upgrading, equipping and increasing the size of your group of heroes. The game is meant to be insanely hard so you'll find yourself dying all the time, but the progress and unlocks in the Oraculum are permanent— meaning that every current run will make the next one easier!

Each night will send hordes of deadly zombies and mutated creatures along your way. The hordes will only come from the way that is designated by the pink arrows— this is important information as it will allow you to carefully plan out the defenses of the town. Always make sure to focus on building walls at the appropriate side of your town as materials are scarce and you'll often barely have enough to cover one side of the town. I always defend the first two waves without any walls, allowing me to bank up a lot of materials and be ready for night 3 where the hordes start coming from two directions.

All enemies that come close to your town's buildings (excluding walls) will raise the Panic level of the villagers. This will result in lower rewards (Gold, Materials and items) at the end of the night so it is best to keep the monsters far from buildings. To do so, you will have to carefully control the placement of your heroes and use their skills in order to kill the huge hordes that come looking for blood.

You will enter the production phase after every successful extermination of the horde that was attacking your town. There's several things you should be doing during every production phase:

As mentioned previously, all of the characters in this game are randomly generated— including their equipment, attributes and perks. At the beginning you are going to be limited to having only the three starter heroes but these are most definitely enough to defend through night 5. Completing night 5 will unlock the Inn building (in the Oraculum), allowing you to build the Inn on the next run and recruit additional characters.

During the beginning you'll run into three types of item rarities: common, uncommon and rare. Along with that, items are also categorized within tiers. Every combination of rarity and a tier will result in different stats of a weapon so you'll always want the highest rarity and tier of an item for the highest stat rolls.

There are a few item sets available at the start, but after every run you'll unlock a lot more via the Oraculum. To name a few, here's some items that you can unlock in the Oraculum and these are much better than the starter gear:

There's two subcategories of hero attributes: primary and secondary. Both are important as they will determine how good your hero is going to be. The best attributes that you should be looking for within these categories are: Health, Health Regeneration, Mana, Mana Regeneration, Action Points and Movement Points. Additionally there's also boosts to damage types, skill effects and defense mechanics but those you'll have to pick depending on your hero's build as there is never going to be a universal attributes build that would fit all the "class archetypes" such as melee, ranged and caster mage. If you're specifically looking for hero builds, there will be a few generic ones explained below so keep on reading.

All heroes come with the same unlockable perk tree and you can pick one perk every time a hero levels up. Since every character has the same unlockable perks, you can essentially swap items between different characters depending on their attributes and plan out builds accordingly. Some of the popular beginner perks are: Fatality, Avid Learner, Coagulation, Critical Master, Steady Aim, Initiator, Back Protection, Play Dead, Deadeye, Magic Fuel, Thrifty, Specialist, First Blood, Night Owl, Berserk, Energized and Adrenaline Rush. If you're interested in seeing all of the Perks in the game ranked within four tiers, check out The Last Spell Perk Tier list.

Items → Hammer and Shield with Sword in weapon swap. The Hammer is insanely strong versus armored enemies and the ability to stun enemies allows the melee character to single handedly hold a wave until the other side is cleared. The sword is primarily going to be for movement via the dash and momentum for movement on killing blow. All other item slots should boost armor, mana, mana regeneration, health and block and/or dodge.
Attributes → Action Points > Movement Points > Armor > Health Regeneration (if you have coagulation, otherwise Health) > Physical Damage > Mana/Mana regen.
Main Perks → Fatality (excellent for finishing off enemies below 5th night), Coagulation, Stunning, Back Protection, Thrifty, Relentless.

At first you're going to start off with Houses, Shop, Temple and Mana Well buildings unlocked. Building Houses and upgrading them will increase your worker count which is then used to regenerate heroes' mana and health, speed up item, gold and material generation as well as control ballistae. By completing a few runs you'll then unlock:

Note - currently it is not possible to rotate buildings, so you'll have to min-max your towns' available space. The option to rotate buildings has been upvoted by a lot of people in the community, so hopefully we'll see that in the future patches.

Oraculum is the way The Last Spell achieves really fun progression and replayability. The Oraculum is unlocked after the first run and allows you to collect Tainted Essence from killing monsters. This essence can then be used to unlock a plethora of items, upgrades and defensive ballistae at the purple shadow npc. The Oraculum also has a yellow npc, this one allows you to unlock new things simply by playing the game and finishing the quests.