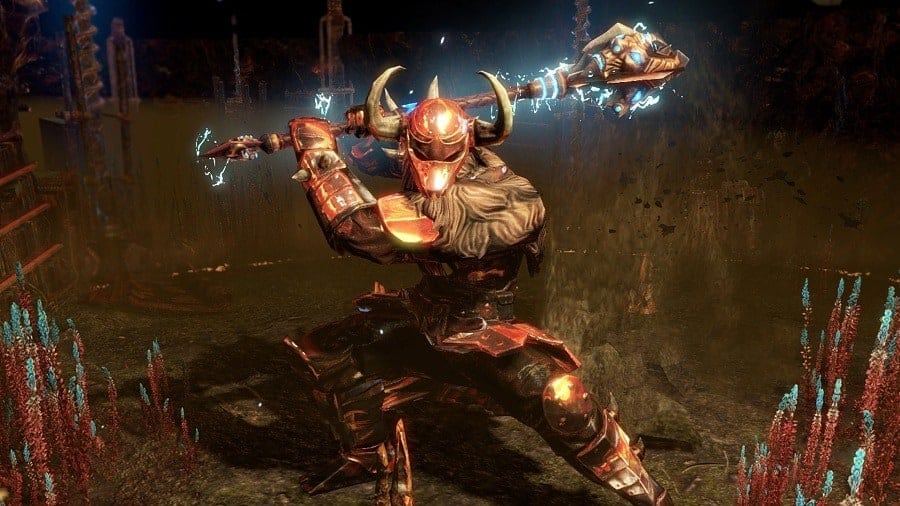 The Path of Exile Synthesis League (Patch 3.6) gave us a lot of divine skills to play and experiment with. This build features Purifying Flame which we will use to shred through maps. Purifying Flame is a Fire AoE Spell that can be purchased at level 2. Casting Purifying Flame will send out a wave of deadly fire which explodes when it hits an enemy and deals damage to everyone around it, while also consecrating the ground. If the enemy stands on consecrated ground from any source, Purifying Flame will also shoot out a shockwave that amplifies the damage dealt.

Other Path of Exile Guides

The Purifying Flame Build is focused around being ranged so always try to distance yourself from your enemies and use the high AoE to your advantage. The high AoE allows you to have really high clear speed and the waves from the explosions will finish up any enemies that don't get one-shot by the first cast. Don't forget to throw Wave of Conviction on tougher rares or if you have any problems with clearing a pack. Please note that this build is somewhat squishy which means you'll have to focus on improving your movement and dodge attacks and spells.

Take the Avatar of Fire Keystone ASAP (usually at level 35)

Body - linked based on importance (1. gem being the best)

Weapons
- You can level a total of 6 other Purifying flames here, corrupt them at 20 for a chance at a level 21 gem. Having a lvl 21 Purifying Flame gem will boost the damage of the Purifying Flame build quite a lot.

The best possible base are currently Two-Toned Boots (you can even Lab enchant them now without losing the resists!)
Rare Two-Toned boots with:

Rings are a great source of elemental resistances but we are mostly going to use uniques here.
Mark of Submission with Warlord's Mark gem socketed in it will allow you to curse enemies on hit, basically a cheaper version of CoH gloves.
Gifts from Above grants you massive increases to global critical strike chance along with some increased damage.
Rare ring with Curse on Hit if you can't afford Mark of Submission
Rare ring mods:

The best weapon type to use in the Purifying Flame build are Sceptres, but you can use any type of melee weapon, as long as it's one handed and has solid stats.
Unique options:

Mods you should be looking for on Abyssal Jewels:
-  Adds # to # physical damage to spells while dual wielding
- +35 or higher to Maximum Life
- Adds # to # physical damage to spells
- +#% to Global Critical Strike Multiplier
- Gain #% of Physical Damage as Extra Fire Damage if you've dealt a Critical Strike Recently
- Damage Penetrates #% Elemental Resistance if you haven't Killed Recently
If you have the money - buy a Watcher's Eye.