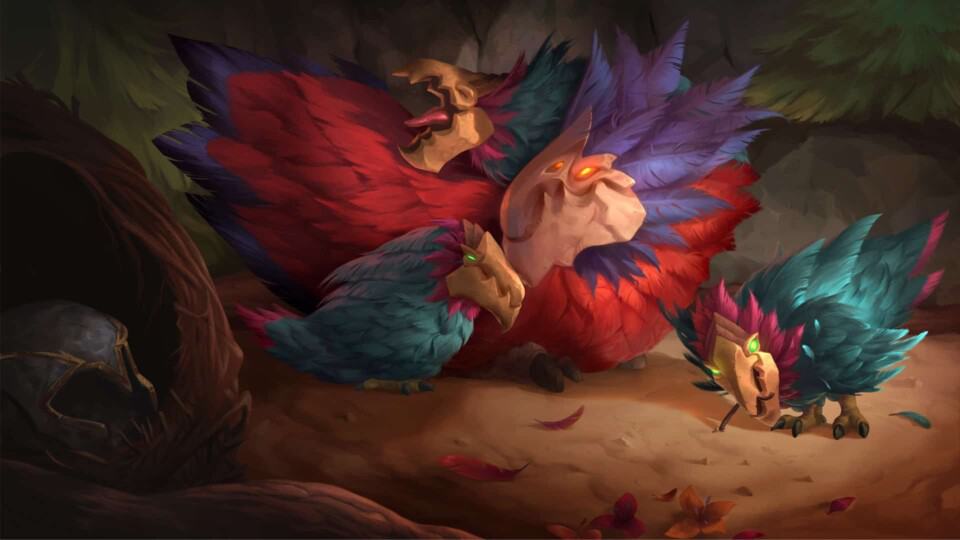 Every six rounds in Teamfight Tactics you'll have to battle against dangerous NPC rounds which contain strong monsters that will deal damage to you if you can't beat them. In case you do kill the monsters, you'll have a chance to drop one or multiple items (depending on how many monsters there is in a certain monster stage round). Each monster round has a different unique mechanic that you need to counter in order to win. Knowing the monster mechanics allows players to prepare position and champions better and that's what we're going to teach you in this Teamfight Tactics Monster Round Guide.

Monsters can be tough to kill, but with these tips and tricks you'll easily kill them even with under-leveled champions.

The strategy to easily beat Krugs is to place all your champions in the right corner so that they kill the Krug that's alone first before moving to kill the other two.

The strategy to easily beat Wolves is to place your tank champions in the back line and squishy champions on the front line, that way the Wolves will always jump on the tanks and your back-line damage dealers will do damage from a safe distance.

Raptors are the easiest neutral monster round, all you have to do is position tanks in the front and ranged damage dealers in the back (which is usually what everyone positions their units as anyways, so not much repositioning to be done).

In order to easily defeat the Infernal Dragon make sure to scatter your units so that he can't hit more than one or two with an attack (since he cleaves, he delete a whole team within a few hits if they're grouped up). Scattering your units and having good damage dealers will make the round much easier.

Beating Rift Herald is relatively easy, to kill it without issues scatter your units around and also mix them up so that some tanks are in the back.

We hope you've found our Teamfight Tactics Neutral Monster Round Guide useful and that you now know the strategy on how to best kill Krugs, Wolves, Raptors, Infernal & Elder Drake and Rift Herald.