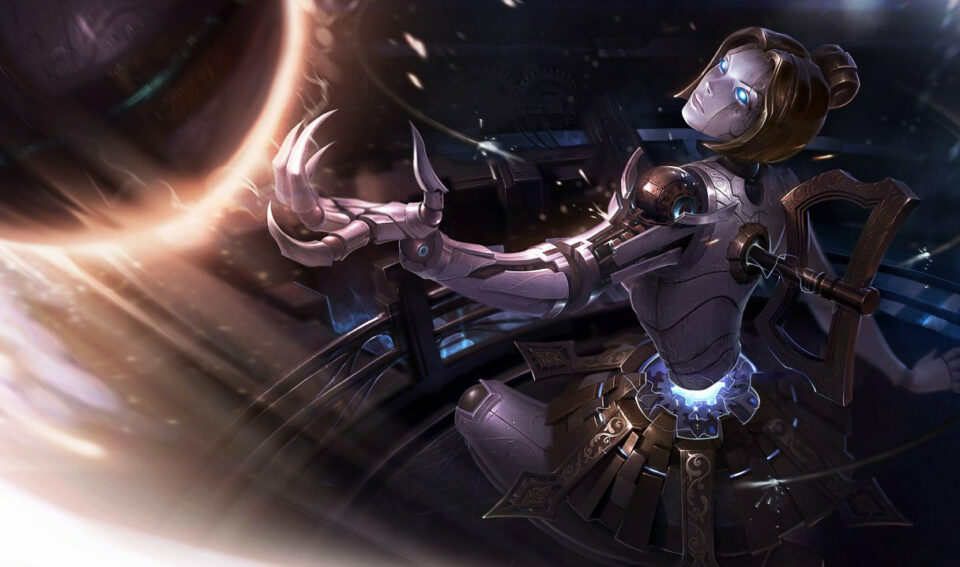 Clockwork units have a synergy which grants them and their allies bonus attack speed that works really well with Sniper units. Since Sniper units deal damage mostly with their basic attacks, pairing them with Clockworks is crucial if you want the team composition to perform well. Overall, both these synergies feature some of the stronger TFT units in the game right now: Jayce, Jhin and Orianna. On top of that, a lot of Hextech Augments will be incredible in this team comp as it is a combination of both a Clockwork build and a Sniper build so it would be a shame for you to not try it out. In this Teamfight Tactics Clockwork Sniper Build Guide we'll showcase the most popular beginner-friendly TFT Clockwork Sniper build and how to play it throughout the early, mid and late game, which are the best Hextech Augments for this build, as well as how to gear and position your units.

Clockworks give their team increased Attack Speed, with an additional increase per augment in the Hexcore.

This team composition has a great early game because it's so diverse. You can go with either the Sniper build or Clockwork build and then combine both of them at higher levels, or even combine them from early on. It's all up to you. The combination that usually works the best: Caitlyn, Kog'Maw (or MF), Camille, Zilean and Vi. These make a solid team that gets Clockwork-two, Sniper-two as well as Enforcer-two. The main goal for this comp is to survive through the early game with a healthy economy that you can use to fuel the later stages of the game.

At this point in the game you'll be a bit higher level and getting most of the units that you need so you will have to decide whether you're pushing the Sniper-four or Clockwork-four synergy as you can't have both unless you get really lucky. Ideally, the core units of this build during the middle game should be: Camille, Vi, Caitlyn, Miss Fortune, Kog'Maw and Jhin. These will give you Sniper-four, Clockwork-two and Enforcer-two synergies and later on you will replace Vi with Zilean.

During late game you'll have to be at least level seven in order to reap the benefits of Clockwork-four and Sniper-four. You can do so by getting these units: Camille, Zilean, Jhin, Orianna, Caitlyn, Miss Fortune and Kog'Maw. At level eight add Taric to the team because he'll grant you Socialite-one and Enchanter-two buffs which will come in handy until you hit level nine. At level nine, replace Taric with Seraphine and also add Jayce to the team composition as this will complete it.

This team composition works good with a lot of +2 Trait Hextech Augments, most notably the Clockwork, Sniper, Enforcer, Socialite and Innovator (in this particular order of usefulness). Additionally, some of the other really good Augments that will further benefit this team are bonus damage, shields and omnivamp.

Place the Camille, Jayce and Innovator's Scarab on the front line. Zilean in the middle of the third row, with Seraphine in the rightmost corner. Lastly, all the Sniper units and Orianna are positioned in the back-line where they have the highest chance of dealing damage and surviving longer fights.