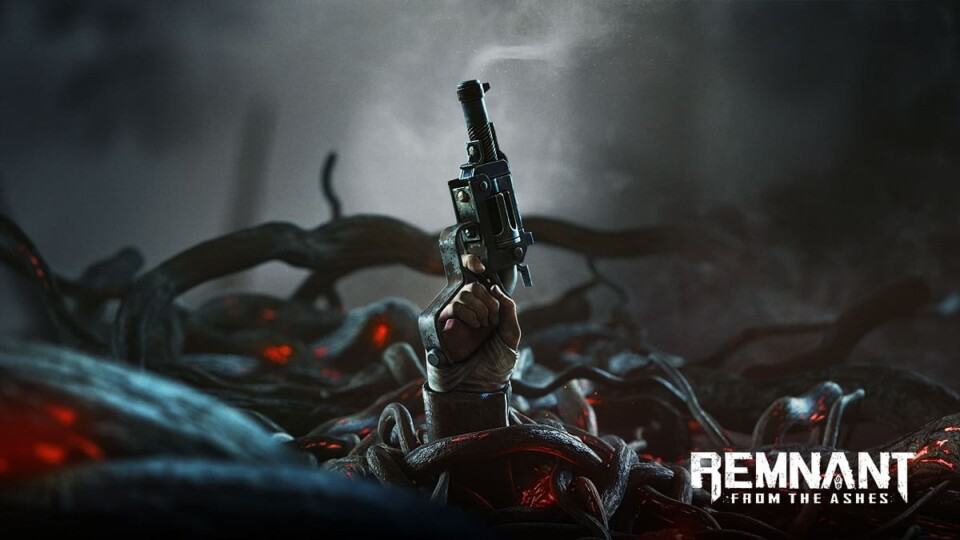 There's three different categories of weapons in Remnant: from the Ashes. Long Guns are used as the primary weapons, Hand guns as the secondary firearm and you also have a slot for a melee weapon. In total, there's over 30 damage dealing weapons available in the game and knowing which weapons are the best can be crucial if you plan on making a strong character loadout and passing content easily. In this Remnant: from the Ashes Weapon Tier List you'll find out which are the best and strongest high damage dealing guns & melee weapons as well as which are the worst.

Other Remnant: from the Ashes Guides

A Tier - Powerful. Remnant: from the Ashes Weapons which are very popular and able to clear all content available in the game. These weapons are ridiculously strong for either single target or group clear. Some are even great for both.

B Tier - Balanced. Remnant: from the Ashes Weapons which are currently balanced. These weapons will be alright for a casual playthrough where you don't rush and just take the time to kill enemies safely.

All weapons are more or less viable for a casual playthrough, though if you don't want to struggle then definitely get A Tier guns as soon as possible.

The Assault Rifle is an amazing fully automatic gun that is effective at middle range fights. Useful in a plethora of builds and generally good during the whole game.

Moving on, Sporebloom is also a very nice primary weapon while being relatively easy to acquire. It has high DPS with a downside of only being able to fire once before reloading.

Beam Rifle is a pretty solid, alien weapon that as you might have guessed it-- shoots a beam. The beam deals Radiation damage and heats up as its fired, dealing additional damage the longer you hold the trigger.

Sniper Rifle is an easy-to-get weapon that will be good for most areas of the game. With it having low rate of fire, make sure to pair it with an SMG so you're not vulnerable once a wave of enemies rushes towards you.

The Ruin has a ridiculously high rate of fire which makes it the perfect choice for critical hit setups. With 19 damage per round and 30 in the mag, its bound to deal a ton of DPS.

The Repulsor is a weapon with decent rate of fire and it becomes more accurate the longer the wielder focuses their aim. With about 180 DPS, its a pretty good weapon.

Coach Gun is a double barreled shotgun that has about 250 raw DPS which is higher than the normal Shotgun. Though, it can only fit two bullets in the barrel which doesn't make it so great.

The Shotgun is a better choice for players that are just starting out and don't have perfect aim. It holds five rounds in its clip and deals moderate damage in close range.

Devastator is kind of mediocre, it has very low damage and mediocre rate of fire. Additionally, it can only hold one shot in its clip. The only good side is it can hit a lot of enemies due to it firing 6 horizontal blades.

If you prefer a different approach to long range fights, Particle Accelerator is the weapon for you. It fires long range beams that deal 75 damage and it has a 4x magnification scope.

Eye of the Storm is a powerful gun that deals about 100 DPS but it lacks in the ammo size department.

The Crossbow fires projectiles which are effective from mid to long range. It's not really good because there's a lot better choices.

Hunting Rifle is alright for early-mid content because of its high clip size for a Rifle. It deals moderate damage and can be great for mid-long range encounters which makes it a good beginner weapon but that's all it is.

Magnum Revolver is an awesome sidearm that is accessible relatively early in the game. The Revolver has great potential in the right hands as it can deal 63 damage per hit, at the cost of only 6 bullets in the clip.

The Defiler can be considered as a primary weapon by some, it's an incredible close-mid range weapon that can deal tremendous amounts of damage and its perfect when paired with a Sniper for a primary.

Hunting Pistol is said to have the highest base damage out of all sidearms in the game, to get it you can check our secret locations guide.

Submachine Gun is a solid choice for those that like high rate of fire weapons in close to middle ranged fights. Though, in that scenario the Defiler might be a better choice, therefore the SMG is situated in B Tier.

Hive Cannon is a fun high damage gun that is around the top of the DPS list of sidearms. Along with that, the Hive Cannon has a unique mod that allows you to deal additional damage on hit as well as spawning a cloud of insects to hunt your foes.

Spitfire is a weapon that can be crafted after you've defeated the dragon-like boss. It's a fully automatic gun that shoots fire damage bullets at a very high rate-- but it has one downside, very low clip size.

Repeater Pistol is not a very good gun in comparison to the others from this Gun tier list. With low base damage and relatively low magazine size, it's not a popular choice among the playerbase.

Riven is arguably the strongest melee weapon in the game right now. It has the unique Life Leech mod which allows it to regenerate life from damage dealt. A weapon that can make full melee builds actually somewhat viable for all content.

Petrified Maul deals huge amounts of ROT damage whenever it hits. With base damage of 50 and it dealing small AoE it's perfect for clearing areas quickly. Overall, one of the best early melee weapons in the game.

Wastelander Flail can be found in the dungeon which applies a curse to you. It has very strong swings and when you get enough momentum it can deal some serious dps.

World Breaker is a hammer-like weapon that deals 45 base damage and has the "Force Bust" effect which allows it to charge attacks which stagger enemies.

Scythe can be bought in Corvus from the Queen for 700 Scraps, it's a good melee weapon until you can get the Riven or Petrified Maul.

Scrap Hatchet, Scrap Sword and Scrap Hammer are weapons that can be purchased from an NPC (depends on your class). Overall, not comparable to weapons from other tiers when you want to do actual content.

Blade of Adventure has the lowest base melee damage in the game.

This concludes our Remnant: from the Ashes Weapon Tier List. If you've found the best Primary, Secondary and Melee weapon for your character, please share us around and don't forget to check our other guides if you're a new player!