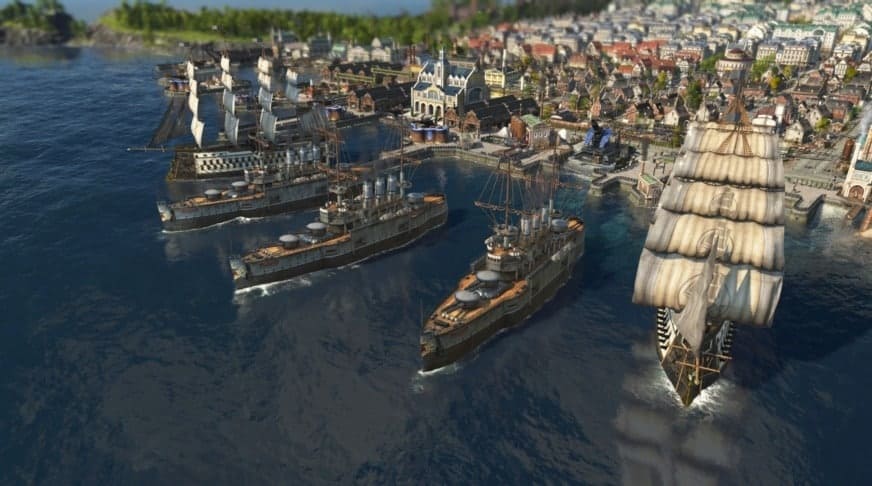 In this Anno 1800 City Layouts guide we'll be going over the best ways to build and organize your city. Having the most optimal Anno 1800 City layout is going to be crucial in order to maximize the efficiency of all your buildings and production.

Each residence in this layout is close enough to all dependent buildings to get the maximum number of housing available. Though, this layout is less modular than the second one and you wont have any space for ornamental buildings.

The Tier III is fully autonomous and modular, with almost complete service coverage. The maximum total population implies that all residential premises have been upgraded to level 3.

The first image shows the production layout for basic lumber and the second one for refined lumber.

This production layout is relatively simple and will provide you with Soap production.

This Bread building production layout will provide you with Bread even without a fully upgraded warehouse.

A relatively easy layout for producing Canned Food, which you will definitely need in your Anno 1800 playthrough.

If you're planning on producing Beer, this layout features a full production cycle that is not missing anything.

Lastly, you'll definitely need to produce some Sails. This is currently the best Sail Production layout that features buildings in a very organised way.

Credits to - Captain Iglo as some images are from his layout guide.