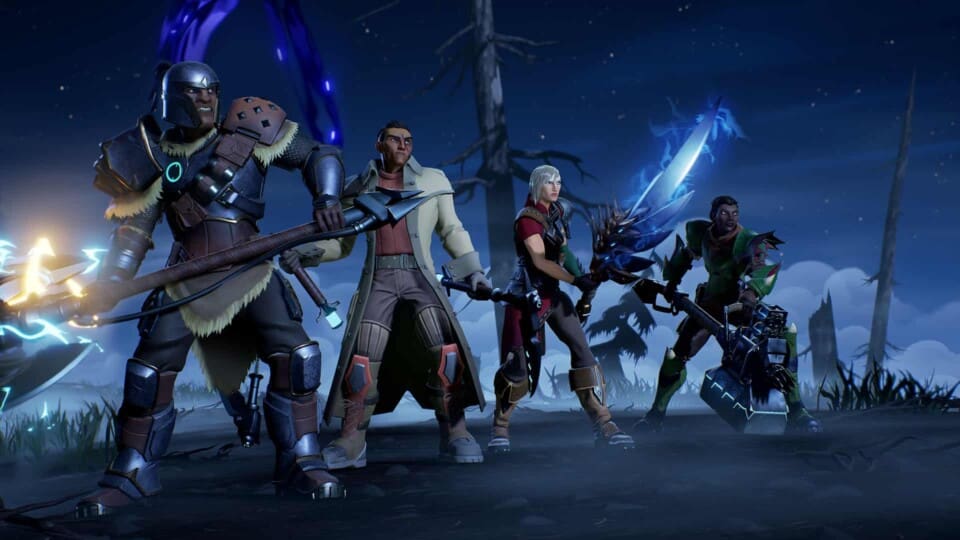 Crafting new gear in Dauntless is an important aspect of the game and naturally, both new or existing players will want to know what’s the best gear to craft early on or in the late game for endgame content. In this article we’ll go through all of that and anyone who wants to go through the game quickly will find it useful as they won’t need to waste time on crafting countless of useless armor pieces, instead one set will be enough for a set amount of content.

First and foremost is that you should not be using a full set of armor aside from doing your masteries, so the only reason should ever really try and go for a full set of armor is because you wanted to level up your behemoth mastery. Leveling up the behemoth mastery means that you’ll have to kill behemoths in their own full set of armor (the weapon can be any. Also, if you find yourself having a rough time surviving some attacks from the behemoths then their specific gear will have stats on them to help you survive those. For example, Gnasher gear has some bloodless on it and the bloodless Perk helps prevent wound status effect.

In case you know how do dodge enemy attacks and all you are lacking is damage, then the main thing you're focused on for gear is going to be the stat and the cell slot. When it comes to having a resistance towards a certain Behemoth it’s okay to have some early on while you learn the game, but in the endgame you’ll often find yourself almost oneshot anyway and you will need the damage to actually kill the Behemoth as they are very tanky. You could have all the defense in the world but if you're killing things in like 15 minutes because your gear doesn't give you the raw damage then that's not really preferable. Always remember that the faster you farm Behemoths the more you can farm and the quicker you gear up to new stronger items and unlock new content.

The item you’ve just crafted will always have a +1 stat, at +6 it'll have a plus 2 stat and at +10 it'll have a plus 3 stat and plus 10 gear is basically the soft cap for both armor and weapons. Going to plus 15 gives you a bit of a bonus but it's not a big deal so don't grind super hard for those as you'll often find yourself burnt out before you reach 15.

The Best Beginner Items and Gear

Once you first start out it’s highly recommended to farm Draskscale helmet and Gnasher body armor, Gnasher gloves and Gnasher boots. The main reasons why I suggest this gear is because every piece I just listed has a power slot and power slot cells are very strong. Cells like Overpower, Ragehunter and Aetheric Attunement. The other main reason why this gear is so good is because the behemoths you need to farm to make this gear are pretty much the starting behemoths: lesser Nasher and lesser Drasks. These are how you craft the beginning gear, but you can fight normal Drask as well but mostly you won't try and make it as quick as possible which will happen at the beginning of the game after you fight lesser or Gnasher as your first behemoth. You can use this gear to get yourself all the way to Hellion which is going to be your next set of equipment. Don’t forget to upgrade the gear you have whenever you can because just fighting lesser Gnasher or Drask won't give you all the parts you need to upgrade.

Once you make it to Hellion you can make the Hellion helmet, chest piece and gloves but don’t make the boots because the boots are not very good, they give you Fortress which is not a good Cell. The Hellion helmet chest and gloves give you pretty good cells and these items are very often found in a variety of builds, meaning you won’t need many different gear pieces to try out other builds. The Hellplate Casque helmet has the Ragehunter Perk with a technique slot, the Hellplate Cuirass chest has the Molten Perk for the stats with a technique slot and the Hellplate Bracer gloves have the Molten Perk with a power slot. As for the boots in this build I would still suggest still keeping the Gnasher boots if you want to craft another piece of gear you can make the Careback boots (Dance of the Swarm). These give you the Conditioning Perk and they also provide you with another power slot which is really useful.

Preparing for the Endgame

After you’ve acquired the Hellion set and Gnasher/Dance boots you can get all the way to Rezakiri and Koshai. With these we're going to have access to some very strong gear pieces that are used in a ton of builds and this is to the point where once you make their gear you can swap it all around and have these very random builds that are very strong because it perks any cell slots on the gear. When you get to these you'll end up fighting Koshai before you fight Rezakiri so the gear progression here is going to be: Mantle of Thorns (body armor), Grasp of Thorns (gloves) and Stride of Thorns (boots). The chest piece and boots will provide you with Predator along with a utility slot and the gloves provide Evasive Fury with a power slot. This is the first set where dodging will become a very important part of your gameplay because whenever you’re not hit you will have the damage bonus from Predator which is a great DPS boost.

Next up is the Rezakiri gear and it's a lot easier to use. You’ll want to craft the Light’s Crown helmet, Light’s Virtue chest and Light’s Refuge gloves. The helmet and the gloves both have a technique slot and they both have Conduit as the gear Cells and the chest piece has cunning for the Cell and a utility slot for the Cell slot. At this point once you’ve acquired Rezakiri gear you’re pretty much at the endgame and the goal for you after this is to just collect as many different items as you can and try out new builds in order to find strong combinations (or just look up builds online and follow those).

We hope that you've found this Ultimate Dauntless Beginner Guide useful, if you have, please share it around and don't forget to leave us a comment below with any question about the Best Dauntless Beginner Items, Equipment or Gear that you may have.