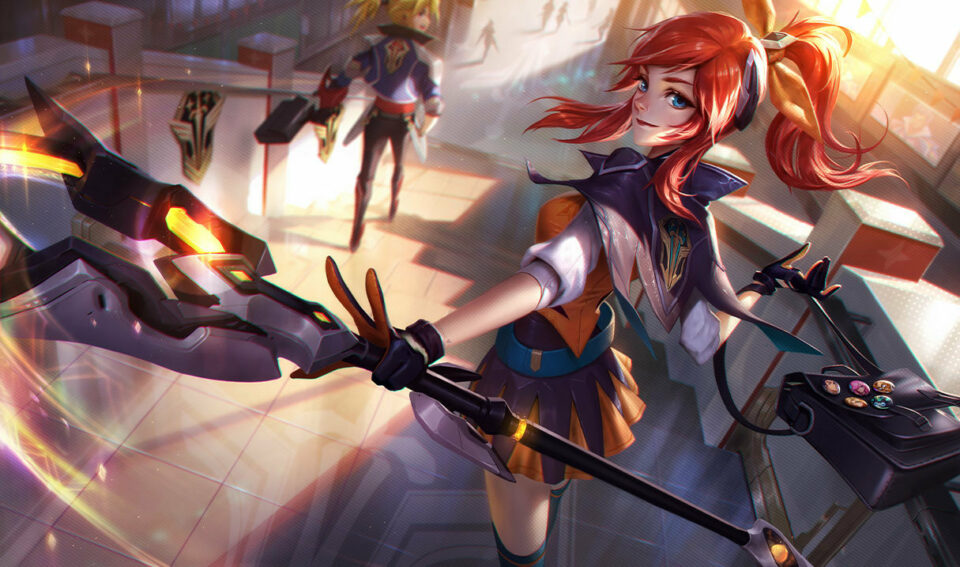 Yuumi, Yone and Lux are currently most popular units in TFT and they are Academy units, so it makes sense to build around them right? Academics gain a substantial amount of bonus stats from allies' ability casts which synergizes really well with Yone's innate ability to dish out incredible damage, provided he has decent items on him. Lux is also a very strong pick right now as her ultimate does insane amounts of AoE damage. In this Teamfight Tactics Academy Build Guide we'll showcase the most popular beginner-friendly TFT Academy build and how to play it throughout the early, mid and late game, which are the best Hextech Augments for this build, as well as how to gear and position your units.

Academics have bonus Attack Damage and Ability Power. They also learn from their allies, gaining and additional bonus whenever an ally casts their Ability.

Academy units are a bit weak early on in the game because they rely on ability casts to give them bonus stats and well... In most cases when a level one unit casts their spell they'll be close to dying. Run Garen, Twisted Fate, Ziggs, Blitzcrank and Leona at level five as this combination grants the team a plethora of tier-2 synergies: Academy, Bodyguard, Scrap, Arcanist and Protector. The main strategy here is to focus on a healthy economy and keep upgrading Leona as she's the only unit that will be used in the late game team.

If lucky, during middle game you're going to get Lux or Yone (both would be even better!). This allows you to run the Academy-four synergy and itemize one of them so that they carry you to the late game. The main goal again is going to be to keep working on the economy in order to hit level 7 by stage 4-1 and level 8 by stage 5-1. The very core of the middle game transition would look like this: Leona, Garen, Lux (or Katarina) and Yone (or Katarina). Additionally, you can add Braum and Janna to the mix if you find them, or opt to run a Academy-six synergy by adding in Graves and Katarina as well (provided you have Lux and Yone).

In the late game (around level eight) the core of this build should be finally complete: Leona, Taric, Braum, Fiora, Janna, Lux, Yone and Yuumi. This team composition is very realistic and can be acquired relatively consistently. If you end up getting a +Academy Emblem or Hextech Augment it may very well be worth it to push for 6 or 8 Academy units instead. Here's a sample of an Academy-eight setup with just +1 to Academy synergy: Garen (replace with Fiora if you have +2 Academy), Graves, Leona, Katarina, Lux, Yone, Yuumi and Taric. At level nine add Janna to the team for a total of 8 Academy, 2 Enchanter, 2 Scholar, 2 Challenger and 1 Socialite.

The most powerful Hextech Augments for this build would obviously be the ones which grant you +Academy synergy, but really any other ones that boost the stats of your team will do just fine. Bonus Gold and Experience are also good ones, as well as the Augments which burn enemies at the start of every combat.

Braum and Leona are positioned in the first row as they're the main tanks for this team comp. Fiora is located in the second row as a distraction, third row holds Yuumi and Yone. Janna is in the middle of the third row because her Ability allows her to push out any enemies away from your carries. Lastly, the back-line holds Lux as she's the main ap carry of this team composition, with Taric supporting her.