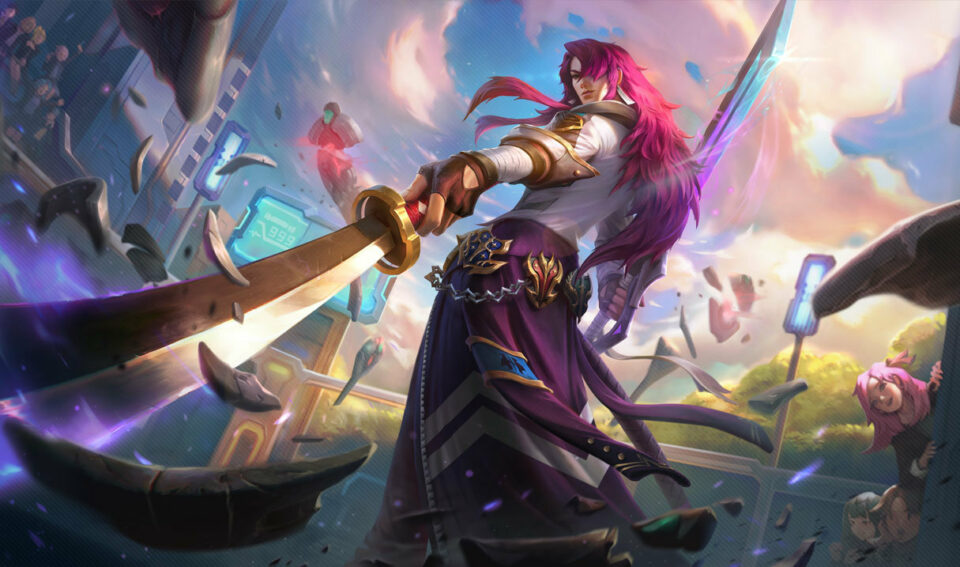 Challenger Trait currently holds two of the most powerful units in the game: Fiora and Yone. These two are incredible powerhouses as proper itemization on them allows you to win pretty much any matchup. While the Challengers tend to be relatively easy to play, most of the units in the final composition require a lot of Gold and luck to be acquired on time so you'll have to know how to properly transition the build into something powerful. In this Teamfight Tactics Challenger Build Guide we'll showcase the most popular beginner-friendly TFT Challenger build and how to play it throughout the early, mid and late game, which are the best Hextech Augments for this build, as well as how to gear and position your units.

Challenger trait grants bonus Attack Speed. Upon scoring a takedown, Challengers dash to a new target and double this bonus for 2.5 seconds.

The early-game team composition should always consist of: Camille, Quinn, Warwick and Samira. This grants the team an easy Challenger-four synergy bonus and by adding Zilean as the fifth champion you'll also get Clockwork-two which comes in handy for the Camille. The main goal of this build is to reach level eight as quick as possible in order to get access to the Epic and Legendary units that you'll desperately need.

You will generally be on a long lose streak at this point and that's perfectly fine. Always try to be above 50 Gold for the maximum amount of bonus gold (via interest) and use all extra Gold to buy experience points. Rush level eight, try to get it early in Stage four and pick up Janna, Fiora, Orianna and Yone if you find any of them along the way.

Roll at level eight and try to get the full team composition going. If you don't get the core champions early on during the late game you'll likely die very fast. Ideally, you'll want to have Camille, Fiora, Yone, Kaisa, Taric and Janna. These units will be able to carry the rounds until you find Orianna and Yuumi which completes this Challenger build by granting it additional bonuses via Scholar, Enchanter and Academy synergies.

Ideally, you'll want to pick up +Challenger Hextech Augments. Along with those, Augments which heal your allies depending on damage dealt or grant them shields will make the team incredibly strong simply because of the amount of damage Yone and Fiora dish out.

Position the Taric and Camille in the front-line as these will be your main tanks. Along with those, you'll also want Fiora on the front line with Yuumi right behind her (so that she attaches to Fiora). Yone should be behind the Camille so that he can dish out damage without getting oneshot early on. Janna, Kai'Sa and Orianna are further in the back-line as they are squishy and prone to one-shots.