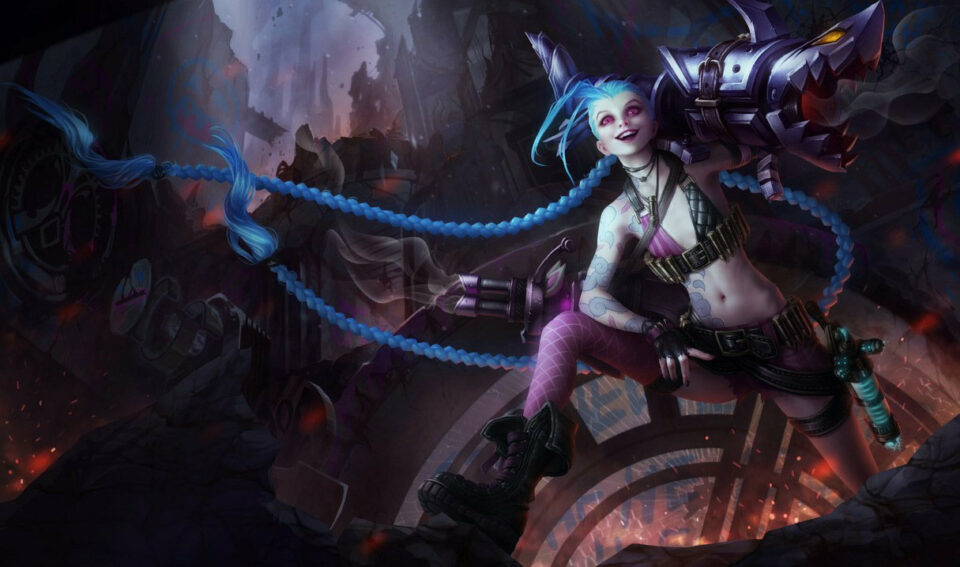 The Scrap Sisters Build is currently one of the most powerful Teamfight Tactics builds. The team comp doesn't focus on one Trait, but quite a few of them. This approach grants the team a lot of useful bonuses that allow Jinx to be the main hyper-carry of the Scrap build. Along with Jinx, this particular team composition uses high-tier, powerful units: Yuumi, Tahm Kench and Jayce to wreak havoc onto the enemies. In this Teamfight Tactics Scrap Build Guide we'll showcase the most popular beginner-friendly TFT Scrap build and how to play it throughout the early, mid and late game, which are the best Hextech Augments for this build, as well as how to gear and position your units.

At the start of combat, components held by Scrap champions turn into full items for the rest of combat. Additionally, your team also gains Health for each component equipped in your army, including those that are part of a full item.

Sisters gain empowered skills to compete with each other. Vi's ability range increases by 2 hexes. Jinx gains 40% Attack Speed for 3 seconds after scoring a takedown.

Scrap Build's early game is quite good due to the fact that getting four Scrap units is very easy. Placing one item on three of their units will transform them into full items during fights, allowing you to save item-combining for late game. Get Ezreal, Ziggs, Blitzcrank and Trundle as a core team composition of the early game. The fifth champion can be Vi, as she'll be used in the late game composition and her having Bruiser makes her quite useful as she unlocks the synergy in combination with Trundle.

Doing a proper middle game transition can be tricky because the power of this build fall off once everyone else starts building out their synergies. The goal with the Scrap Build is to reach level eight faster than others, so a win/lose streak will be preferred. In most cases you'll be on a lose streak with this build and that's fine, provided you can get all the core units for the late game. All you'll need to do during the mid game is to upgrade Vi, try to get Janna, Jhin and Orianna while saving up on Gold and rushing level eight. Remember to replace Ezreal, Ziggs and Blitzcrank with these units.

Around Stage four you will most certainly want to be at level eight so that you can fast roll for high value units that are the core of this build's lategame comp: Jayce, Jinx, Tahm Kench and Yuumi. Having to get four Legendary units can be quite of a problem and require a lot of luck but getting all of them will most certainly result in a win. The core of this build are going to be: Vi, Jayce, Jinx and Tahm Kench with all the other units adding very useful synergies.

While this team comp doesn't rely on any Hextech Augments, some of the useful ones would be +2 to Clockwork, Scholar, Burn enemies at the start of fight, Bonus experience and any other that could add bonus stats (such as shields) to your units.

The Scrap Build has both great damage dealing capabilities as well as defensiveness. Tahm Kench, Vi and Jayce provide this team composition with much needed tanks that will peel for the hyper-carry Jinx. Jhin is located in the back line but on the opposite side of Jinx, in order to bait out Assassins and Blitzcrank hooks. Orianna and Janna are near Jinx in order to provide her with a last line of defense.