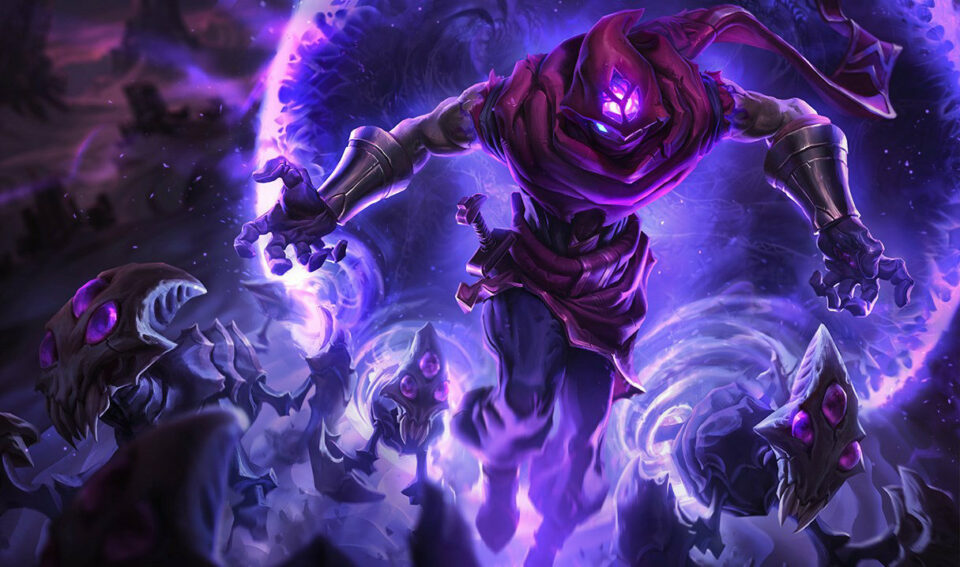 Mutants aren't very special by themselves but when you combine them with Protectors they can become a fairly viable build that's currently A tier (one below the best). Since you can't plan around Mutants (due to not knowing their bonuses prior to the game) every match is going to be a fun surprise! Kassadin is not a highly contest unit, and pairing him with Kog'Maw & getting them to three stars will result in very powerful team compositions in most games. In this Teamfight Tactics Mutant Build Guide we'll showcase the most popular beginner-friendly TFT Mutant build and how to play it throughout the early, mid and late game, which are the best Hextech Augments for this build, as well as how to gear and position your units.

Mutant units gain unique bonuses. These bonuses are different each game and cannot be predicted.

Along with the Mutant synergy, this build also benefits from the Protector synergy.

Protectors shield themselves for 6 seconds whenever they cast an Ability. This shield doesn't stack.

This is a very cheap and easy build to get going, a majority of the units are 1/2 Gold cost champions. Get Garen, Graves, Kassadin, Kog'Maw and Malzahar during the early game. This team composition will grant you the following: 2 Academy, 2 Twinshot, 3 Mutant and 2 Protector synergies. Also worth mentioning is that this is a slow-rolling build, meaning that you will have to keep spending excess Gold to re-roll the shop and get three star units by the time you hit level 6/7.

Middle game is all about getting as many three star units as you can. Add Blitzcrank or Caitlyn to the previously mentioned team as this will grant the team additional bonuses via Protector or Snipet, depending which unit you've chosen. Try to work towards level seven, but keep prioritizing re-rolling the market and acquiring units.

As you hit level seven you most certainly need multiple three star units or you're gonna lose. The core of this team should have: Caitlyn, Garen, Graves, Kassadin, Blitzcrank, Kog'Maw and Malzahar. As you reach level eight, Jayce is currently the preferred choice as he gives you the bonus from Enforcer-two. Additionally, you now have the option to swap Caitlyn, Graves and Kog'Maw for Cho'Gath, Dr.Mundo and Sion if you want higher quality, stronger units. Only do this if you have the latter at two stars (and the Cait, Graves and Kog'Maw aren't three star).

Best Hextech Augments for this build are certainly the +1/2 Mutant and Protector ones. Additionally, any Augments which would provide your team with additional damage and shields would fit in perfectly with this comp.

Kassadin with items is incredibly tanky! That's why he's positioned in the front-line, along with Graves and Garen. Blitzcrank is located in the second row, ready to hook an enemy's backline unit so that Jayce, Kog'Maw, and Caitlyn can shred it. Malzahar is last on this list and he's mainly on the opposite side of your backline as he's used to bait Blitzcrank hooks or Assassins.