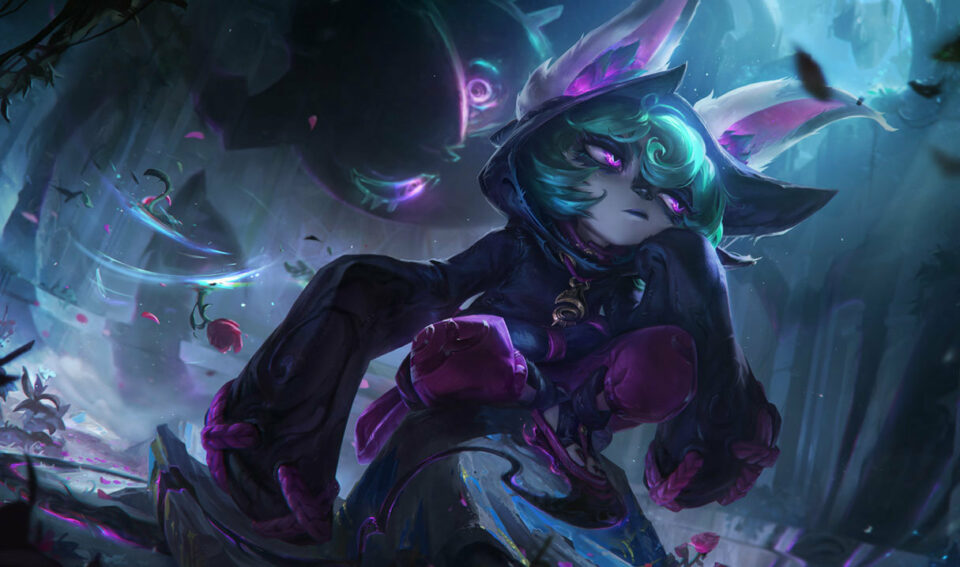 The Yordles in set 6 offer a very fresh take on synergy bonuses as the buff they give has never been seen in previous sets. Due to the innate ability of Yordle comps to easily get three star units, this is currently one of the most popular S tier build among new players. In this Teamfight Tactics Yordle Build Guide we'll showcase the most popular beginner-friendly TFT Yordle build and how to play it throughout the early, mid and late game, which are the best Hextech Augments for this build, as well as how to gear and position your units. Having multiple three star units has never been so easy!

3 → After each combat versus a player, a random Yordle is added to your bench for free.
6 → Yordle's Abilities cost 20% less to cast.

Get the Yordle-three bonus as fast as you can. Every battle versus a player in which you don't have Yordle synergy active means one less Yordle unit in your team. You'll want to run: Tristana, Ziggs, Blitzcrank, Kog'Maw and Vex as before reaching middle game but really any combination of at least three Yordles will work just fine. Focus on getting a healthy economy and rerolling excess Gold in order to get all Yordles to level two.

During the middle game you should have all of the six Yordles active as they're all low-cost, easy units to acquire. Keep using excess Gold and buying all the Yordles that you can. The goal is to be as close to multiple three star Yordles as you can be before you've reached level 7. The core units for this build are: Poppy, Ziggs, Lulu, Tristana, Heimerdinger and Vex.

During late game you should work on getting all of the Yordles to three stars, leveling up to level 8 and adding Janna & Veigar to the team. Janna's ultimate can be really useful during late game as she clears up any back-line invaders that may assault your carries. Additionally, she also grants your team the Scrap, Enchanter and Scholar (2) bonuses.

Good Hectech Augments → any Augment that will grant you more Experience or Gold for re-rolling, as well as team stat-boosts and Augments that can damage/debuff opponents or provide your team with Shields.

Vex is one of the most incredible tanks right now, simply because of how well her ability synergizes with her tank itemization. This is why he's located in the front line along with Poppy. Lulu and Janna are positioned in the third row (from the front) with Tristana, Veigar, Ziggs and Heimerdinger being in the last row of the back line.