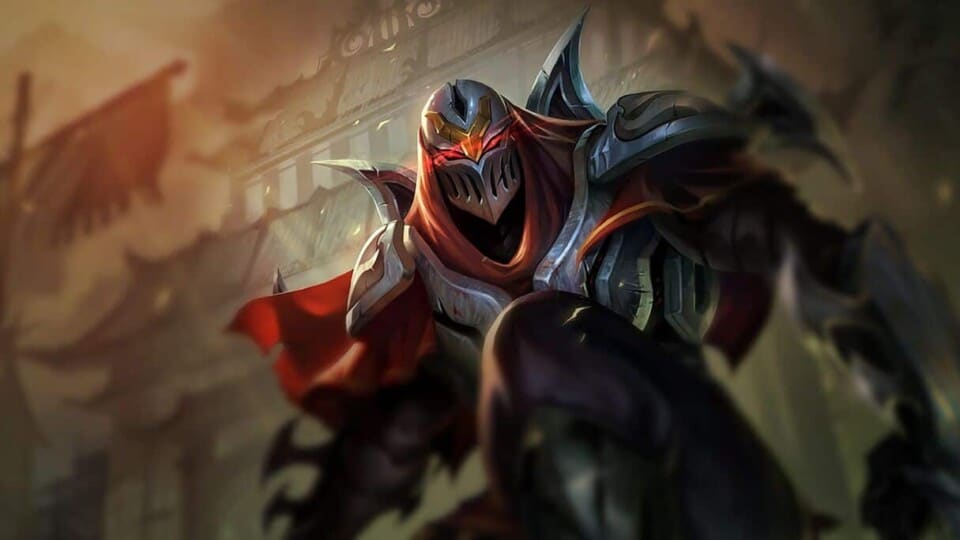 9.17 Assassins are a very popular TFT build of choice because they're really easy to play (you just mindlessly buy everything that says "Assassin") whilst being very strong. The only "downside" of Assassin 9.17 builds is that you need to get six of them to become late game viable, and then you've only got three more spots to fill (if you don't have Force of Nature) which must contain the most efficient units that will synergize well with your team, otherwise you'll lose. In this Teamfight Tactics 9.17 Assassin Build Guide we'll teach you the best and strongest 9.17 TFT Assassin team compositions that you will be able to win games with.

The 9.17 Assassin Team Comp in this article is viable for both Ranked and Casual TFT games!

Passive (1 or more Assassin) - all your Assassins will stealth at the beginning of each round and jump behind the farthest enemy on the board.

Assassins are very fun because the units are scattered among the first four tiers so you'll be getting Assassins most of the time. The best part of it is that you can get any of the first three Assassins as soon as you're level 1. As soon as the first Draft begins, grab Zed or Pyke and then buy Kha'Zix at level 1. During level 2/3 get the Tier 2 Assassin that you're missing and at round 3-4 you can already effectively run 3 Assassins which will be very strong in during the early game, allowing you to accumulate Gold and be on a win streak, especially if you also have good items. After you've acquired the first three Assassins just keep leveling up and placing in more Assasins (any of them, since you can't hit the 6 unit bonus until you're level six).

If you want to, you can also run 3 Pirate 3 Assasins early on (since you only need level 5 for it) and this will allow you to get an even higher gold advantage.

Spear of Shojin on Pyke (if you can get two Shojins on him, it's GG, he'll 1v9), Infinity Edge/Bloodthirster on Zed and Statikk Shiv/Titanic Hydra on Kha'zix, red buff also works nicely on any of these units if you've got nothing better.

The mid game is when TFT 9.17 Assassin builds start to shine since you'll be at 6 Assassins by then. The Assassin 6 comp features: Kha'Zix, Pyke, Zed, Evelynn, Katarina and Rengar. Additionally, if you're lucky and you get Akali this early then you can replace Zed for her (if Zed has Infinity Edge and you're not close to upgrading him to 3, sell him and place it on Rengar). Make sure to start positioning your Assassins properly because POSITIONING IS KEY on 9.17 Assassin builds if you intend on winning!

At level 6, you will most probably be the most powerful player in the lobby with this setup, but as others upgrade their champions and gear you might lose a few fights-- and it's totally okay, just keep upgrading your units & buying XP and staying above 50 Gold for the Economy bonus Gold.

Same item setup on Kha'Zix, Pyke and Zed as before. In case you can get Rabadon's Deathcap and Morellonomicon make sure to put them on Katarina.

Adding the last three Ninjas is your end-game goal as it will allow you to run Akali with the Ninja bonus as well. Shen is also going to be tanking a lot of hits because his ultimate is really strong (makes all your allies in the aoe dodge ALL attacks). This is a full DPS one-shot Assassin 9.17 Build and you'll be wiping enemies within a second with this Assassin team comp.

Spears of Shojin on Pyke (alternatively, you can also run them on Akali); Gunblade, Rabadon's Deathcap and Luden's Echo on Akali. Infinity Edge, Bloodthirster, Shojin on Rengar. Lastly, Morello and Rabadon on Katarina. Additionally, you can also run tank items on Shen if you do get any (though, try to always craft damage items).

If you have access to a Force of Nature which gives +1 Team Size, get any Demon, Imperial or Wild for the synergy. In the event you manage to get two forces of nature (which puts you at 11 Max units) then go for 3 Void by adding Kassadin and Rek'Sai or Elementalist by adding Brand (which will also bump your Demons synergy on 2) and Lissandra/Anivia. Elementalists are currently not very popular (although they're really strong, since the Golem can tank A LOT of hits).