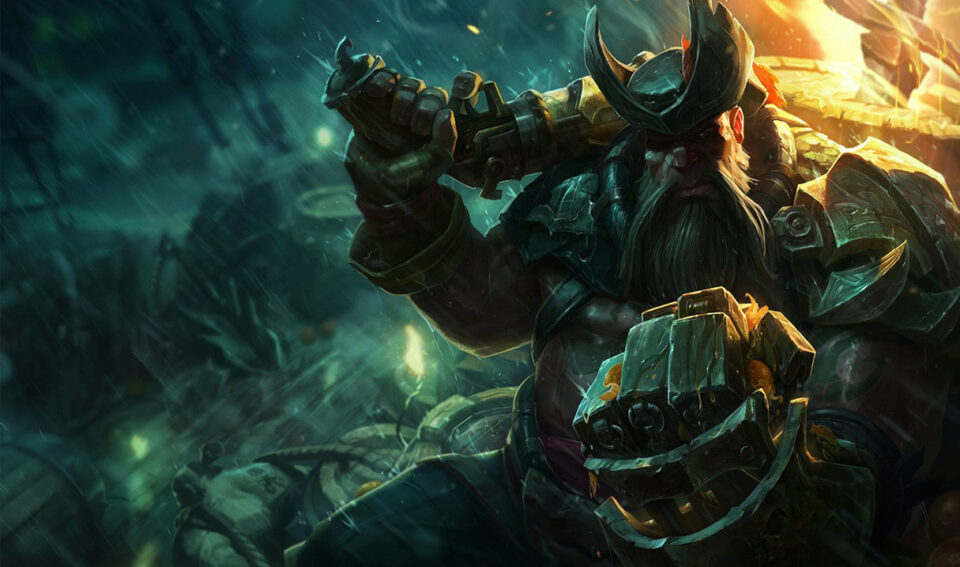 Even though they are currently one of the weaker builds, the Twinshots can still perform good in most matchups. This team composition revolves around combining Twinshots with Mercenaries in order to make Gangplank the main carry. With proper itemization Gangplank is quite strong and when paired with a solid front-line he will be able to dish out a lot of damage. In this Teamfight Tactics Twinshot Build Guide we'll showcase the most popular beginner-friendly TFT Twinshot build and how to play it throughout the early, mid and late game, which are the best Hextech Augments for this build, as well as how to gear and position your units.

Twinshots gain bonus Attack Damage. When a Twinshot attacks, they have a chance to attack twice instead.

The Twinshot build has a rough early game because you'll need to be a bit higher level and get lucky to acquire all of the three Gold units on time. Ideally, make a team composition consisting of: Illaoi, Kog'Maw, Vi, Gangplank and Miss Fortune. This setup results in Twinshot-two, Mercenary-three, Bruiser-two and Sniper-two which is a decent amount of synergies. Work on keeping a healthy economy, leveling up and upgrading Gangplank at all times since he's the focus of this particular build.

A general rule of thumb is to be level six by round 3-2 and level seven by stage four. This will allow you to pick up Dr.Mundo and Urgot before others, but if you end up struggling it's also possible to replace Vi & Mundo with Quinn and Miss Fortune. This way you have two build options but obviously the most powerful middle game core of this build would include: Illaoi, Kog'Maw, Vi, Dr. Mundo, Gangplank and Urgot. While the Dr.Mundo isn't a must have, try to prioritize getting Urgot on the Carousel if you aren't getting him via the Shop.

During the late game try to rush for level eight in order to find Jinx & Tahm Kench. These two are crucial for the build to work as they are one of the more powerful units in the current meta. A standard 8-unit late game build will include: Illaoi, Kog'Maw, Vi, Dr. Mundo, Gangplank, Urgot, Jinx and Tahm Kench. If you get lucky by getting + 1 Twinshot Hextech Augment replace the Mundo with Graves (or don't replace anything if you get a +2 Twinshot one).

This team composition has quite a lot of very tanky front-line units. Tahm Kench, Dr. Mundo, Illaoi and Vi should all be located in the first row with Gangplank being right behind the Tahm Kench as this allows him to do damage without a high risk of dying. Urgot is alone in the third row because you usually don't want him to get hit a lot, but ideally he will take some damage to pump his mana and result in a quicker ability cast. The last row has Kog'Maw and Jinx positioned in it as they're very squishy carries that shouldn't be taking any damage when the round starts.