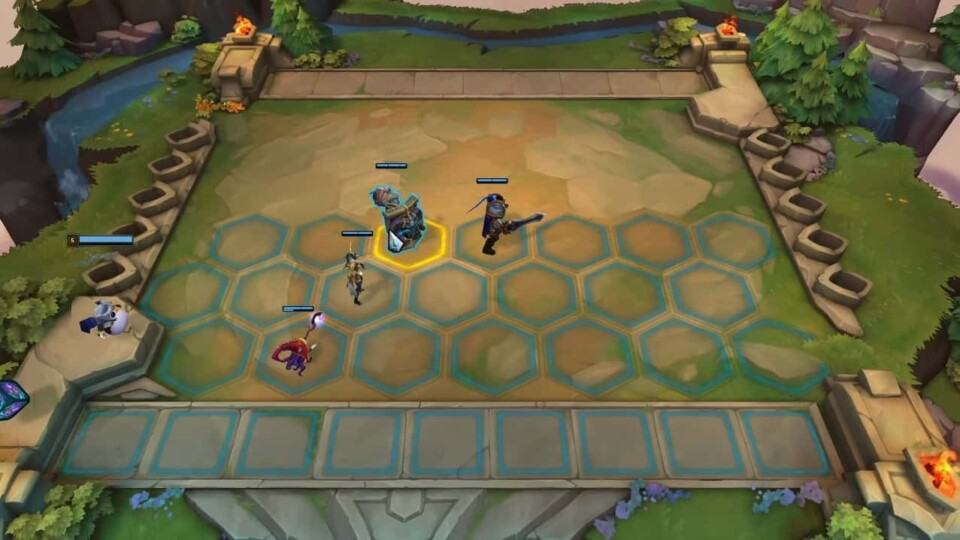 Great positioning in Teamfight Tactics is key for winning both rounds and games since the position of your champions can heavily affect most rounds. The most common example are fights versus Assassins, where they jump on your backline and kill all the carries which most often results in an instant loss. If you position correctly though, the chances of winning improve and if you intend to play competitively, knowing all the positioning tips and tricks is a must. In this Teamfight Tactics Unit Positioning Guide we'll be going over the best positions for Tanks, Melee & Ranged DPS, Mages, Assassins and also how to counter your enemies.

If you're a beginner or looking to be better at TFT, learning good Positioning will most definitely help you out.

How to position Tanks

Positioning Tanks correctly is very important because they're the main damage sponges of your team-- without Tanks your team would get deleted instantly. Always position your tanks in the farthest cell on the board, in front of your team. This way, the tank will always get focused first and you can later optimize the positioning to be even better as some of the opponents die.

A thing worth mentioning is that if you're running (2) Glacial then go ahead and place Leona & Braum in the middle hexes of your team so that each of them can easily grant the Armor buff to up to 5 allies.

If you're running a Yordle team with a mix of Elementalists or Sorcerers, place the Yordles in the front line because they are going to evade most of the hits. Same goes for Noble team comps, place all your Nobles in the front as they'll be incredibly tanky, while your Sorcerers or DPS go in the back.

How to position Melee DPS

Correctly positioning Melee DPS can sometimes be tricky because you need to look at the enemy positions first before you make your modifications. In most cases though, you'll want your Melee DPS either on the cell behind the Tank units or to their left/right side (depending on where the enemies spawn, you'll want DPS on the opposite side).

Also, don't forget to position Yasuo one cell away from your allies so he can get the benefits from his Exile passive.

How to position Ranged DPS

All your Ranged DPS should always be positioning one to two cells away from the Tanks so they're well protected. Additionally, if you're running Gunslingers then you'll want them a bit closer to the enemies, especially Graves. Graves is best positioned the same way as Melee DPS because he's got low range and high aoe.

How to position Mages

Mages are relatively easy to position because they have to be in the corners in 90% of TFT fights. The main goal with mages is to buy them as much time as you can so that they cast their ultimate at least once or twice per round, allowing them to burst down the enemy champions. If you have Aurelion Sol make sure to always position him in the farthest cell of a corner so that he catches as many champions as possible in his ultimate.

How to position Assassins

At the start of a round all your Assassins on the board will stealth and shortly after jump onto the farthest enemies on the board. By knowing this, you can effectively set up each unit to jump onto a specific one by just "mirroring" the cells on the board.

Additionally, if you have tanks in your Assassin lineup then make sure to place them only one cell in front of the Assassins (not all the way in front) so that they don't get instantly killed at round start. This way, they'll walk up to the enemies as the same time that Assassins jump, allowing for a nice flank.

How to position Elementalists

There are only a few things to note when it comes to Elementalist positioning. Brand and Anivia should always be in the back line, whilst Kennen and Lissandra populate the mid to front line because of their useful AoE ultimates.

Always close any holes in your team comp when you're running Elementalists so that the Golem doesn't get stuck as he tends to spawn in a cell directly to the Elementalist. If you make a full circle team layout the Golem will always spawn on the edge and soak a lot of the damage which is what you most definitely want.

--credits to Scarra for coming up with the "Y" positioning.

This layout is easy to reproduce and remember as it follows the "Y" shape. You can do this positioning as early as level 4 and the basic idea is to place a Tank on one side of the "Y", one Melee DPS on the other side and one Ranged DPS unit behind them in a line. Lastly, in the most bottom cell you'll want to place any Melee DPS as it's going to protect your ranged unit from early game Assassins such as Kha'Zix who is a real threat due to his "Isolate" passive.

Assassin comps are very easy to counter, you can either place all your units in the corner of the board so that they have to jump on the front line, or you can replace front line positions with the back line.

Most Sorcerers have a lot of area of effect damage and this can easily be countered by scattering your units around the board. Keep the "tanks in the front, dps in the back" lineup but just scatter the units rather than keeping them clumped up in a corner.

We sincerely hope you've found our Teamfight Tactics (TFT) Positioning Guide useful, if you have, remember to share it with your friends so they improve as well! If you have any questions, feel free to leave us a comment below as always.